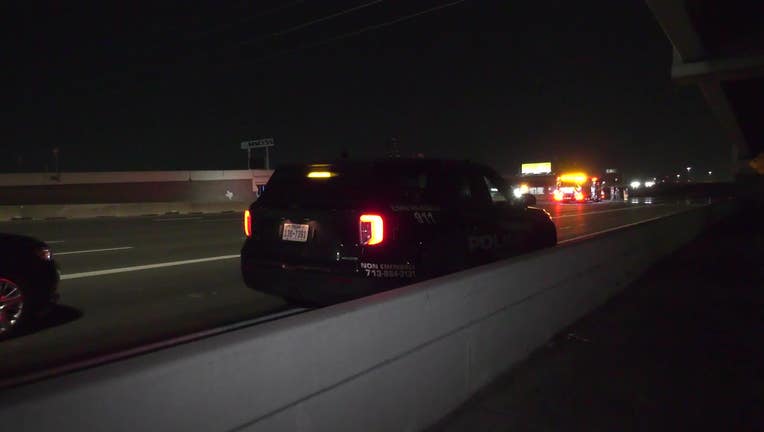 The Houston Police Department investigates a deadly crash involving a pedestrian on the Southwest Freeway.

HOUSTON - A man died after he was hit by two vehicles on a Houston freeway, but only one of the drivers stopped to help, police say.

The deadly hit-and-run crash occurred around 11:10 p.m. Wednesday in the 5600 block of the Southwest Freeway.

Police say the 69-year-old pedestrian was in a moving lane of traffic on the freeway when he was struck by a vehicle in the northbound lanes. The driver didn’t stop to render aid and left the scene, authorities say.

A second vehicle then struck the man, but that driver did stop and called 911, police say. The driver that remained at the scene was questioned and found not to be impaired. She was then released.

Anyone with information on the wanted driver and vehicle in this case is urged to contact the HPD Hit and Run Unit at 713-247-4072 or Crime Stoppers at 713-222-TIPS.