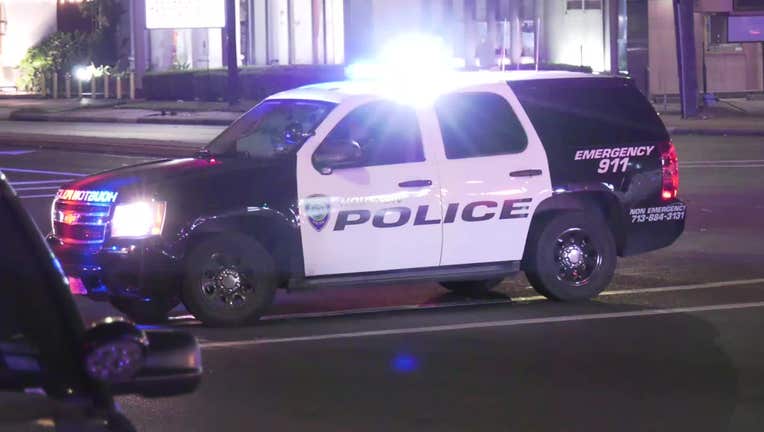 Police investigate after a person was struck by a vehicle on Westheimer Road.

HOUSTON - Authorities say a driver is facing charges after a pedestrian was hit and killed while crossing Westheimer Road early Monday morning.

The deadly crash occurred at the intersection of Westheimer Road and Fountain View Drive in southwest Houston around 3 a.m.

Sean Teare, Chief of the Harris County District Attorney’s Office's Vehicular Crimes Division, says the driver was traveling westbound on Westheimer and tried to beat a light that was turning red.

The pedestrian had begun to cross the road in the crosswalk and was hit by the car, Teare said.

The driver of another vehicle that had stopped at the red light flagged down an HPD vehicle and told the officer what happened.

Teare says the officer was able to catch up to the suspect’s vehicle near Hilcroft.

According to Teare, the driver will be charged with failure to stop and render aid resulting in death, a second degree felony. He says the driver is also being evaluated for possible intoxication.