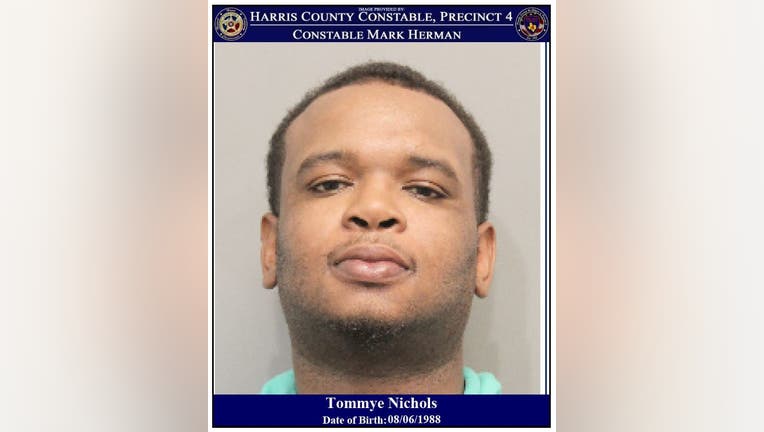 Authorities say a man threatened to shoot everyone in a Wingstop in north Harris County after he became upset about his food not being ready.

Tommye Nichols, 32, was arrest and charged with aggravated robbery with a deadly weapon.

Deputies with the Harris County Pct. 4 Constable’s Office responded to the restaurant and learned that the suspect had fled in a vehicle.

Pct. 4 says constable deputies located the suspect and conducted a traffic stop. Nichols was identified as the driver and was allegedly found to be in possession of a firearm.

According to the constable’s office, further investigation revealed that Nichols became upset due to his food not being ready and threatened to shoot everyone at the business.

"Witnesses advised he walked to his vehicle and retrieved a handgun and returned to the business, demanded his food and his money back and continued to make threats," the Constable’s Office wrote.

Nichols was arrested and booked into the Harris County Jail. His bond was set at $60,000.