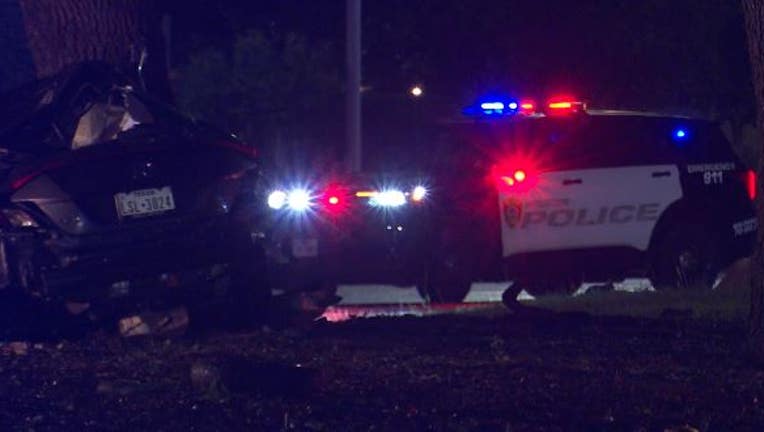 HOUSTON - Officials say a car crash in west Houston Friday night turned fatal when a passenger was trapped inside and died from his injuries.

It happened in the 18400 block of S Park View Dr. near at 11:30 p.m., where Houston police and firefighters were called out for a car that crashed into a tree.

Preliminary information states the driver lost control of the car, hit a curb on the right before crossing into a median, and crashing into a tree. The driver was taken to an area hospital for medical evaluation but a male passenger was trapped inside.

Despite rescue efforts from Houston firefighters, authorities say the man succumbed to his injuries. 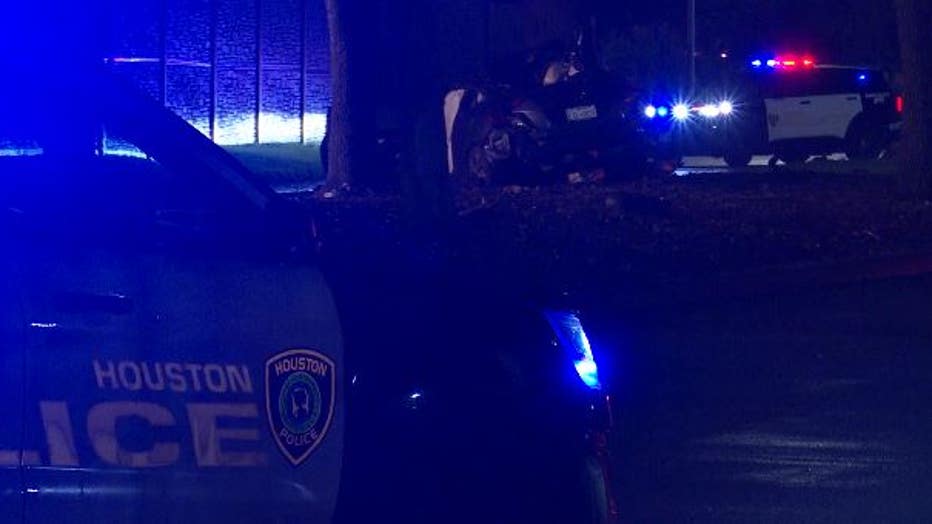 According to Lt. R Willikens with HPD, an investigation remains underway so it's unclear if speed or alcohol played a role in this crash but believe the two were coming from a wedding.

None of the victims involved have been identified, as of this writing.