Cougar cubs Shasta VII and Louie at the Houston Zoo

Cougar cubs Shasta VII and Louie are settling in at the Houston Zoo after they were found orphaned in Washington. (Courtesy: Kevin Kendrick/Houston Zoo)

Two young cougar cubs who were found orphaned in Washington have a new home at the Houston Zoo, officials say.

According to the Houston Zoo, the Washington State Fish & Wildlife Services contacted them after a rancher found the young male cubs alone on his property. 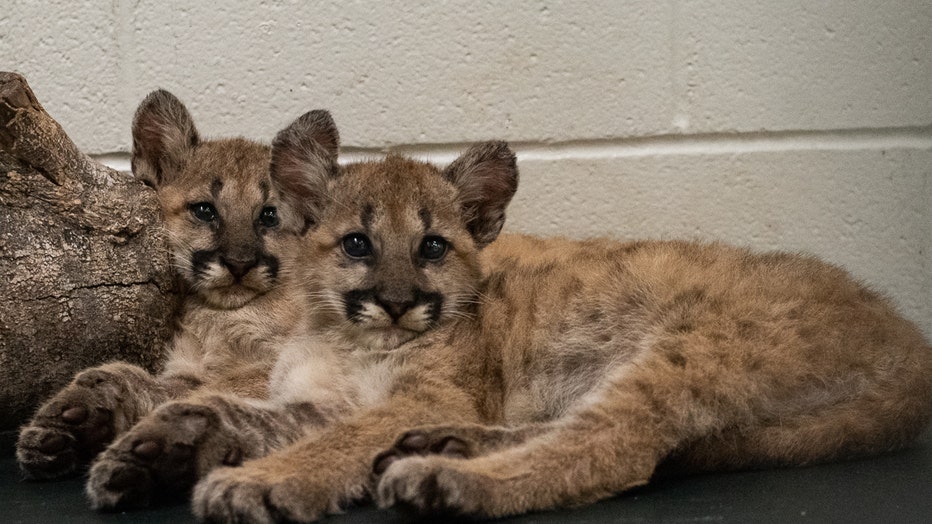 The zoo says the cubs were only around four weeks old and likely would not have survived on their own.

The cubs were flown over to Houston. The now-eight-week-old cubs have not made their public debut yet, as they are still getting comfortable with their caregivers behind the scenes.

While the cubs are still settling in, the zoo says Shasta has already shown himself to be the leader of the two. They say he is protective of his smaller brother, often sleeping or resting with a paw over Louie. 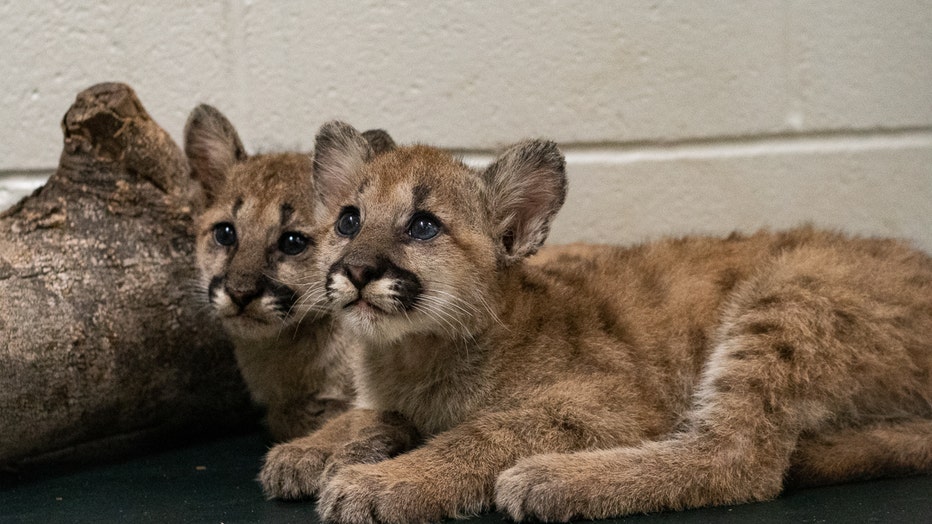 Earlier this year, two cougars at the zoo, Shasta VI and Haley, were euthanized months apart due to declining health, the zoo says. They had spinal and kidney illnesses, which the zoo says are common in older cats.

"While the animal health and care teams worked tirelessly to treat both cougars, it was determined that their wellbeing would not improve. The Houston Zoo is committed to providing the best possible welfare for the animals in their care from birth to death. Haley and Shasta VI will be remembered while the new additions are celebrated," the zoo said in a news release.

University of Houston students can get free admission to the Houston Zoo by reserving tickets at www.HoustonZoo.org/discounts. A current student ID will be required when entering with the free ticket.

The zoo says they will share updates on the cougars on social media, and they will announce when the cougars are ready to be introduced to the public.