Relive the drama of Apollo 13 on this 50th anniversary

HOUSTON - This weekend and the next few days mark the 50th Anniversary of the Apollo 13 space mission, and you can experience it virtually in real-time.

The site Apolloinrealtime.org lets you explore what the mission was like from start to end.

You have the option to go through the site on your own time or, since this time 50 years ago we were still in the rescue mission, you are able to go back in time to what they went through exactly at this moment.

It gives you real-time elements of the mission control film footage and all hours of their audio, on-board TV, what the astronauts were saying, and press conferences as they happened. They also provide over 600 pictures and post-missionary commentary.

As you click into the dashboard, the date is 50 years ago and the time is 9:23 in the morning, pre-launch with reports from the Apollo Saturn Launch Control at Kennedy Space Center. It’s the first day of an over 5-day mission that would later be deemed a successful failure, but at the time mission control from Houston does not know that.

Instead, they prepare to take over after the launch countdown. 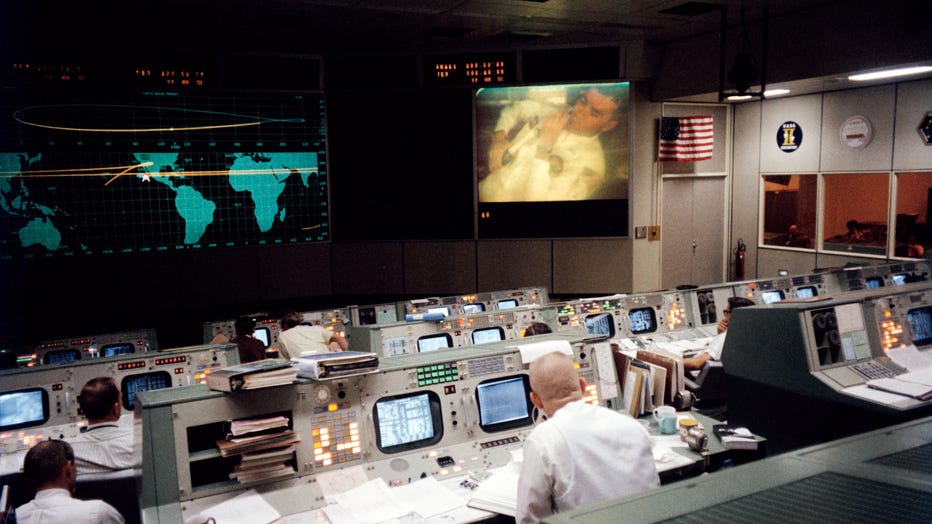 You can continue listening and clicking through the transcripts of the mission.

There are even options to hear from only certain mission control channels like the flight direction or the spacecraft communicator to just the space environment audio.

To the right of the screen, different photos also appear exactly of when they were taken in that time.

On the third tab, there is information on the actual Apollo 13 spacecraft which is made up of two parts, "Odyssey" and the lunar module “Aquarius”, and what they actually do and what went wrong.

Back in time, throughout the journey, there are various shots capturing the emotions from mission control, plus several news conferences held as the globe anxiously waited to hear about the status of the mission, all while this was still ongoing. These are displayed on the site in realtime as well.

Near the top of the page, there are three different timeline options where you can zoom past each moment and see how everything played out from launch countdown to when the problem happened to returning to Earth.

Once the mission is over, the experience continues with video of a phone call to the astronauts from former President Nixon. To the former president stopping in Houston to Johnson Space Center to congratulate mission control.

And at the end, there are various commemorations from all around the nation to fast forward to the 25th anniversary celebration.

The entire gut-wrenching space experience is all captured in real-time for you in one place: virtually.