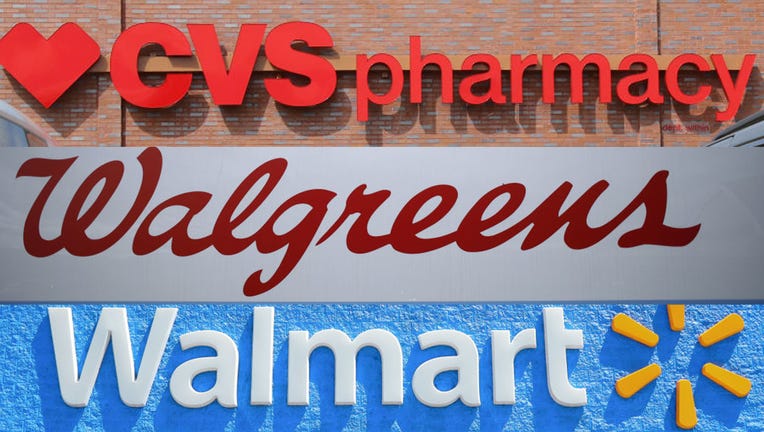 A federal judge in Cleveland awarded $650 million in damages Wednesday to two Ohio counties that sued CVS, Walgreens and Walmart over the way the national pharmacy chains distributed opioids to their communities.

U.S. District Judge Dan Polster said in his ruling that the money will be used to fight the opioid crisis in Lake and Trumbull counties outside Cleveland. Attorneys for the counties put the total price tag at $3.3 billion for the damage done.

The judge admonished the three companies, saying they "squandered the opportunity to present a meaningful plan to abate the nuisance" after proceedings last spring to determine what the counties were owed.

"Today marks the start of a new day in our fight to end the opioid epidemic," Lake County Commissioner John Hamercheck said in a statement.

A jury in November returned a verdict in favor of the counties after a six-week trial. It was then left to the judge to decide how much the counties should receive. He heard testimony in May to determine damages.

The counties convinced the jury that the pharmacies played an outsized role in creating a public nuisance in the way they dispensed pain medication.

It was the first time pharmacy companies completed a trial to defend themselves in a drug crisis that has killed a half-million Americans since 1999.

The decision on damages came on the same day that attorneys general from numerous states announced they had reached an agreement with opioid maker Endo International to pay as much as $450 million over 10 years. The payments settle allegations the company used deceptive marketing practices "that downplayed the risk of addiction and overstated the benefits" of opioids.

Overdose deaths soared to a record 93,000 last year in the midst of the COVID-19 pandemic, the U.S. government reported. That estimate far eclipses the high of about 72,000 drug overdose deaths reached the previous year and amounts to a 29% increase. LiveNOW From FOX's Mike Pache speaks with FOX News Medical Correspondent, Dr. Nicole Saphier on the issues beyond the virus.

Attorneys for the pharmacy chains insisted they had policies to stem the flow of pills when pharmacists voiced concerns and would notify authorities about suspicious orders from doctors. They also said it was doctors who controlled how many pills were prescribed for legitimate medical needs, not pharmacies.

Walmart issued a statement Wednesday saying the counties "sued Walmart in search of deep pockets, and this judgment follows a trial that was engineered to favor the plaintiffs’ attorneys and was riddled with remarkable legal and factual mistakes."

He said the court "committed significant legal errors in allowing the case to go before a jury on a flawed legal theory that is inconsistent with Ohio law and compounded those errors in reaching its ruling regarding damages."

CVS spokesperson Michael DeAngelis said the company strongly disagreed with the court’s decision on damages as well as the underlying verdict.

CVS is based in Rhode Island, Walgreens in Illinois and Walmart in Arkansas.

Two chains — Rite Aid and Giant Eagle — settled lawsuits with the counties before trial. The amounts they paid have not been disclosed publicly.

Mark Lanier, an attorney for the counties, said during the trial that the pharmacies were attempting to blame everyone but themselves.

Roughly 80 million prescription painkillers were dispensed in Trumbull County alone between 2012 and 2016 — equivalent to 400 for every resident. In Lake County, some 61 million pills were distributed during that period.

Prescriptions for pain medications such as oxycodone and hydrocodone rose as medical groups began recognizing that patients have the right to be treated for pain, Kaspar Stoffelmayr, an attorney for Walgreens, said at the opening of the trial.

The problem, he said, was that "pharmaceutical manufacturers tricked doctors into writing way too many pills."

The counties said pharmacies should be the last line of defense to prevent pills from getting into the wrong hands.

The trial was part of a broader constellation of about 3,000 federal opioid lawsuits consolidated under Polster's supervision. Other cases are moving ahead in state courts.

Kevin Roy, chief public policy officer at Shatterproof, an organization that advocates for solutions to addiction, said in November that the verdict could lead pharmacies to follow the path of major distribution companies and some drugmakers that have reached nationwide settlements of opioid cases worth billions of dollars. So far, no pharmacy has reached a nationwide settlement.

The agreement with Ireland-based Endo calls for the $450 million to be divided between participating states and communities. It also calls for Endo to put opioid-related documents online for public viewing and pay $2.75 million in expenses to publicly archive those documents.

Endo can never again market opioids, according to the agreement. It filed Tuesday for Chapter 11 bankruptcy protection.

The company, which has its U.S. headquarters in Malvern, Pennsylvania, did not respond Wednesday to telephone and email requests for comment about the agreement.

Endo produces generic opioids and name brands such as Percocet and Endocet. The company’s Opana ER opioid was withdrawn from the market in 2017.