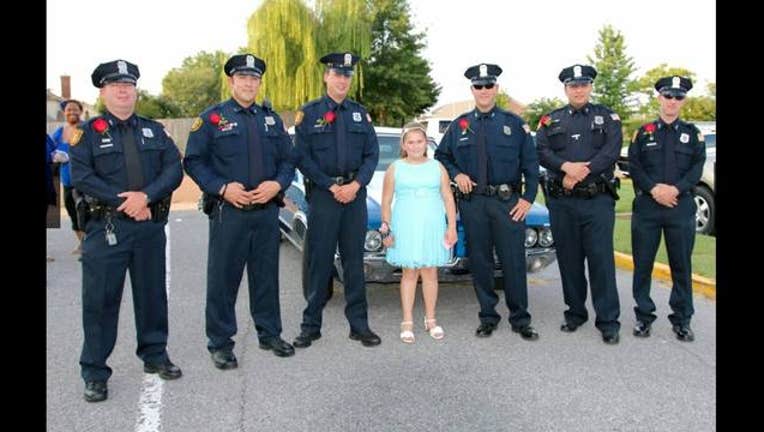 MEMPHIS, TN - It's a time for hearts to be bigger than tragedy. In July of 2011, the Memphis Police Department experienced the loss of one it's finest, Officer Tim Warren, who was shot and killed in the line of duty while assisting with a domestic situation in downtown Memphis.

Warren's widow continued to be a loyal supporter of Memphis PD, and her support and the department's love for her husband, came full circle when Warren's daughter was invited to a Father-Daughter Dance at her school.

Originally saddened by the invitation, Warren's widow got together with the department to make sure the event was something to remember for her daughter.

With the help of her community, Warren's daughter was able to go to the dance in style, and with the best group she could escorted by.

Warren's daughter was treated to a trip to Sweet and Sassy, she received long stem roses from each officer, and was even able to catch a ride in a classic 1972 Cutlass Supreme.

Holliday Flowers and Lynn Doyle Flowers donated boutonnieres for the officers, a corsage and the long stem roses. A local photographer, Amanda Swain, also donated her time and talent with providing photos of this memorable event.