HOUSTON - "It doesn’t seem real the same guy that came to visit me in the hospital about a year ago is the President of the United States now it’s surreal," said HPD Officer Taylor Roccaforte during an interview with FOX 26 on Wednesday.

September 12, 2019, was a big day for Houston and HPD Officer Taylor Roccaforte. It was the day the Bayou City was hosting the Democratic Presidential Debate at Texas Southern University.

It was almost the last day of Roccaforte’s life.

"We were working security for the Democratic Presidential Debate," he said "As we were working the event, we got word that several robberies were occurring."

One of the robbers opened fire on Roccaforte.

"I was shot three times," he said. "Once right here in my chest, another in my abdomen, and once on my side."

"Got there in time to help put him in the ambulance and I remember him telling me 'I don’t want to die, Chief.' 'I told him you’re not going to die,  keep your eyes open,'" said Houston Police Chief Art Acevedo.

Doctors would later tell the officer he was within two minutes of bleeding to death.

"God had a plan," Acevedo said. "And the plan was to save his life."

"I woke up one morning, I heard the Vice President was coming to see me," said Roccaforte.

Any savvy politician running for president would call the media grabbing headlines about a hospital bedside chat with a wounded cop.

"That’s something I really respected about him at the time when that happened, it was so private. Absolutely, I could have been used at the time with my incident for his campaign," Roccaforte said. 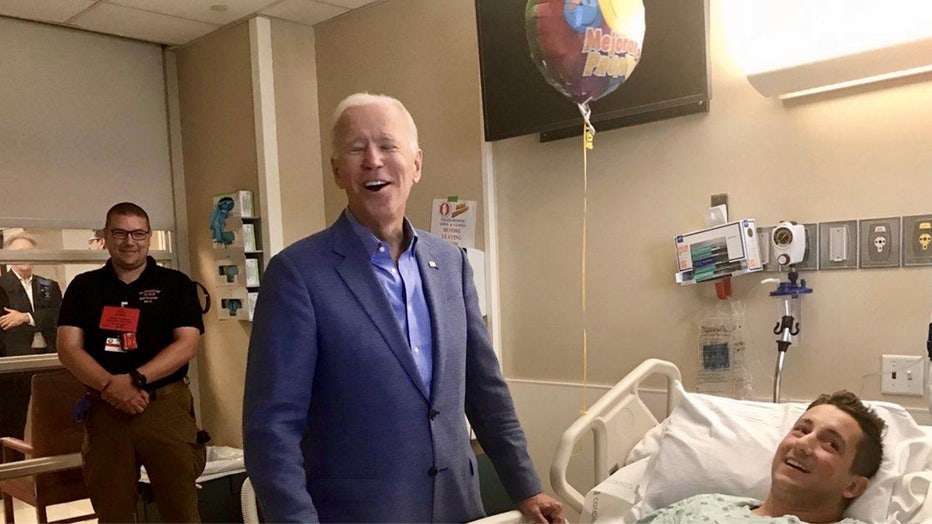 "This man made it about Taylor and his family and it was truly something deep in his heart and I think it shows just what a genuine man we have at the White House right now," the Chief said.

MORE: Houston police officer who was shot walks out of hospital