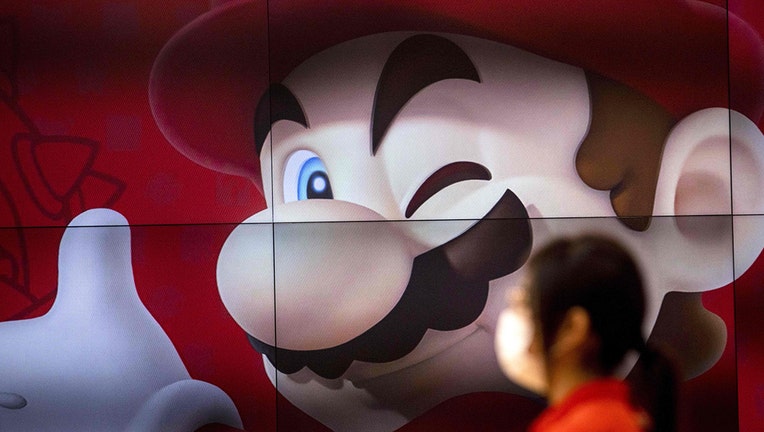 An employee stands next to a screen displaying Nintendo game character Mario at a Nintendo store in Tokyo on November 5, 2020. (Photo by BEHROUZ MEHRI/AFP via Getty Images)

TOKYO - Nintendo, the Japanese company behind Super Mario and Pokemon video games, reported Thursday that its fiscal first half profit more than tripled as passed time while stuck at home during the pandemic playing games.

Nintendo said it expects the positive results to continue. The latest in its other hit game lineup, such as “Pikmin 3 Deluxe," will go on sale this year, it said.

Nintendo raised its full year profit forecast through March to 300 billion yen ($2.9 billion), up from an earlier projection of a 200 billion yen ($1.9 billion) profit. The latest forecast, if realized, would mark a 16% improvement from 259 billion yen in profit recorded in the previous fiscal year.

Although rising COVID-19 cases have hurt large chunks of the global economy, including Japan’s, some sectors, such as online retailing and at-home entertainment, are booming.