Nicholas, a rescued bottlenose dolphin at the Clearwater Marine Aquarium in Clearwater, Florida, has chosen the Nationals as the 2019 World Series winner.

CLEARWATER, Florida - Nicholas, a rescued bottlenose dolphin at the Clearwater Marine Aquarium, has made his decision about who he thinks will win the 2019 World Series! Houstonians will be disappointed, as he picked the Nationals to win the pennant.

How does it work? It's pretty simple. Nicholas' handlers present him with a baseball cap from each team, and he picks which one he thinks will win. 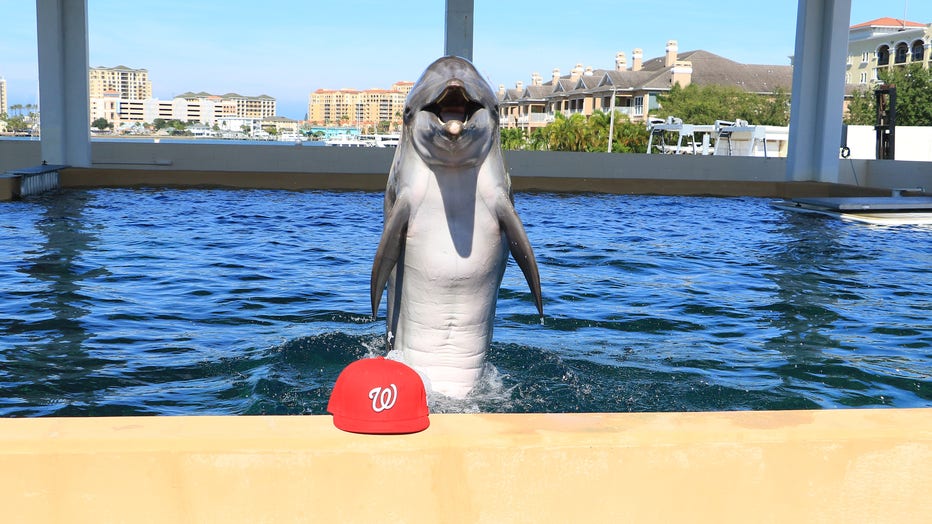 Nicholas surprised everyone in 2017 when he picked the Astros to win. This year, he made another surprising choice. Will he be right again? Astros fans hope not!

The dolphin has a knack for predicting sports outcomes, here is a record of his past predictions. 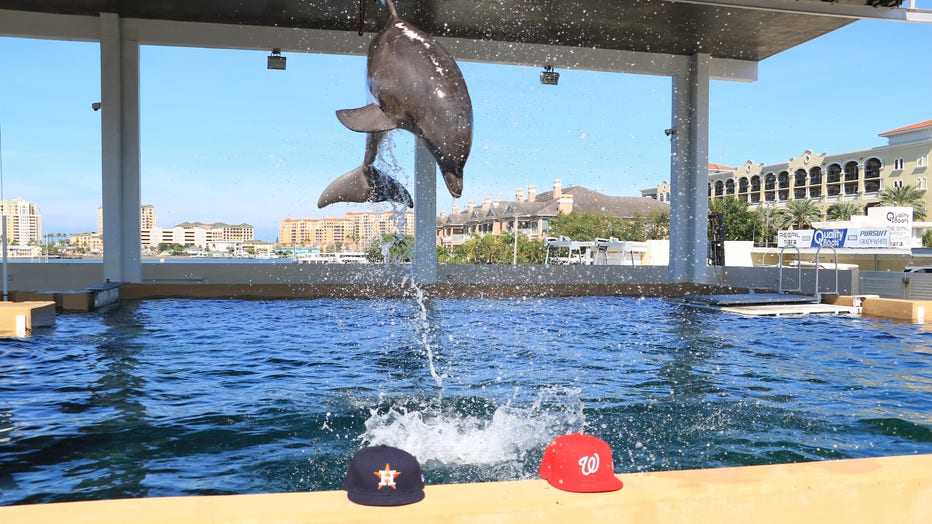 Nicholas was rescued as a calf in 2002 when he was found with severe sunburns. Unable to learn basic survival skills with no parents, he was taken in as a permanent resident at Clearwater Marine Aquarium, where sports predictions are just one of his many talents and enrichment activities.