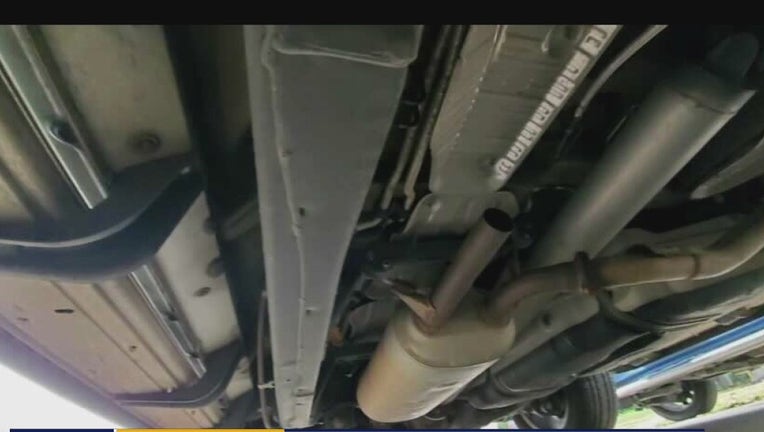 HOUSTON - A newly proposed bill looks to put harsher penalties on those who are caught buying or selling stolen catalytic converters.

Rep. Gene Wu of Houston co-wrote HB4110, which would amend a code that requires metal recycling companies to submit records after buying catalytic converters. In doing so, requires buyers to have seller information like ID, Vin numbers and keep a copy of the title’s certificate or documenting ownership from the car where the catalytic converter was removed.

This comes after police noticed a skyrocketing trend of stolen catalytic converters.

There has been an uptick in thefts of catalytic converters in the Houston area.

Texas is listed as one of the top five states where the rise in thefts is happening. The Harris County Sheriff’s Office also reported that catalytic converter thefts had tripled in 2020. In May, dozens of converters were stolen from cars outside the Houston Fire Department building.

At last check, the bill has been sent to Governor Greg Abbott’s desk.