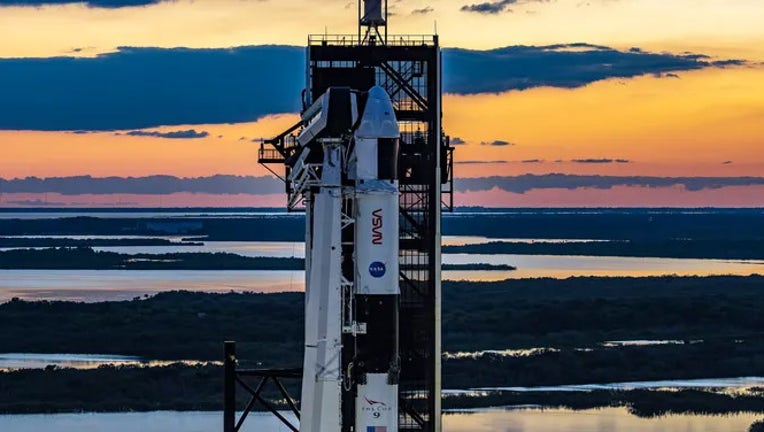 The sun sets behind a SpaceX Falcon 9 rocket and Dragon spacecraft at Kennedy Space Center in Florida ahead of the Crew-5 astronaut launch. (Image: SpaceX)

CAPE CANAVERAL, Fla. - Operations at Florida's spaceport are getting back to normal after Hurricane Ian's rampage throughout the state.

NASA and SpaceX are now targeting Wednesday, Oct. 5, to launch an American, Japanese and Russian astronaut crew to the International Space Station.

If the current schedule holds, the Crew-5 mission will launch on SpaceX's Falcon 9 rocket and Crew Dragon spacecraft from Kennedy Space Center Launch Pad 39A at noon EDT. Backup launch dates are available on Oct. 7 and possibly Oct. 6-9, pending a review.

NASA astronauts Nicole Mann and Josh Cassada, Japanese Space Agency (JAXA) astronaut Koichi Wakata and Roscosmos cosmonaut Anna Kikina have been at Johnson Space Center in Houston during the final weeks before they travel to Florida for liftoff with SpaceX.

The astronauts arrived at KSC on Saturday and completed a wet dress rehearsal of the launch countdown on Sunday.

For the first time since SpaceX began launching NASA astronauts from American soil in 2020, the Russian Space Agency and NASA have traded a seat onboard the commercial spacecraft. Kikina will be the first cosmonaut to fly with SpaceX. 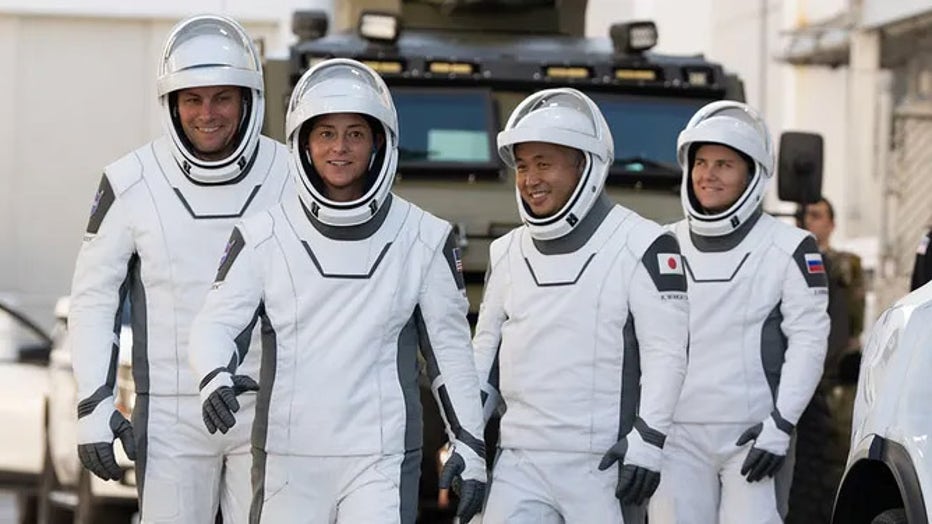 The Crew-5 astronaut launch has shifted a few times before the latest delay caused by Hurricane Ian, which made landfall in Southwest Florida on Wednesday, leaving a wide path of death and destruction in its wake.

"Mission teams continue to monitor the impacts of Ian on the Space Coast and NASA’s Kennedy Space Center in Florida and could adjust the launch date again, as necessary," NASA wrote in a blog post. "As of 6 p.m. Wednesday, Sept. 28, Kennedy Space Center declared HURCON I status with the ride out team sheltered in place at their designated locations until the storm passes."

Ahead of the storm, the space center closed and moved its Artemis I SLS moon rocket back into the Vehicle Assembly Building. NASA had been aiming to launch the SLS moon rocket before the end of September but now will have to wait until November.

The original Crew-5 launch date in September was delayed after the Falcon 9 booster for the mission was damaged during transport to KSC.

This launch will mark the fifth operational mission part of NASA's Commercial Crew Program in which the space agency pays SpaceX and, beginning next year Boeing to shuttle astronauts to and from the ISS.

LINK: Get updates on this story from FOXweather.com