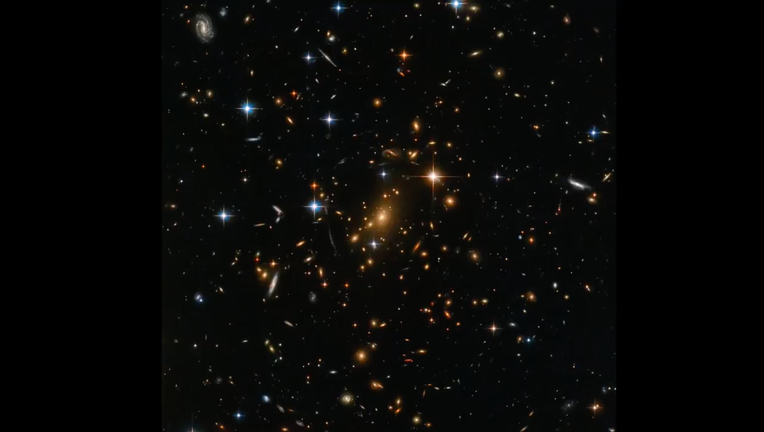 Sonification provides a new way of experiencing and conceptualizing data.

"What you’ve been hearing is a representation of all the galaxies in that ultra-deep field photo, played as sound," wrote NASA on the post.

Scientists have used the Hubble Telescope to observe some of the most distant stars and galaxies yet seen, as well as the planets in our solar system. Hubble has made more than 1.4 million observations over the course of its lifetime, according to NASA.

The telescope has watched a comet collide with Jupiter, discovered moons around Pluto and tracked objects flying around the solar system.

In its 30 years of operation, Hubble has deepened our knowledge of the cosmos.

NASA released the sonification after the Juno spacecraft captured some images of Jupiter and its moon Ganymede just a week prior. It was the closest any spacecraft has come to the moon in more than two decades.

The team put together an animation to detail the marvels of space exploration.

This story was reported from Baltimore.