At least four people were injured in a gas explosion in northwest Harris County on Friday.

According to the Harris County Fire Marshal's Office, they received a report of an explosion at a home around 5:39 p.m. Constable Deputies and the Klein Fire Department are working the gas fire in the 18700 block of Gleannloch Lakes.

According to authorities, CenterPoint crews were working and struck a natural gas line.

They report four people injured, three transported to a nearby hospital by ground, one transported via LifeFlight. 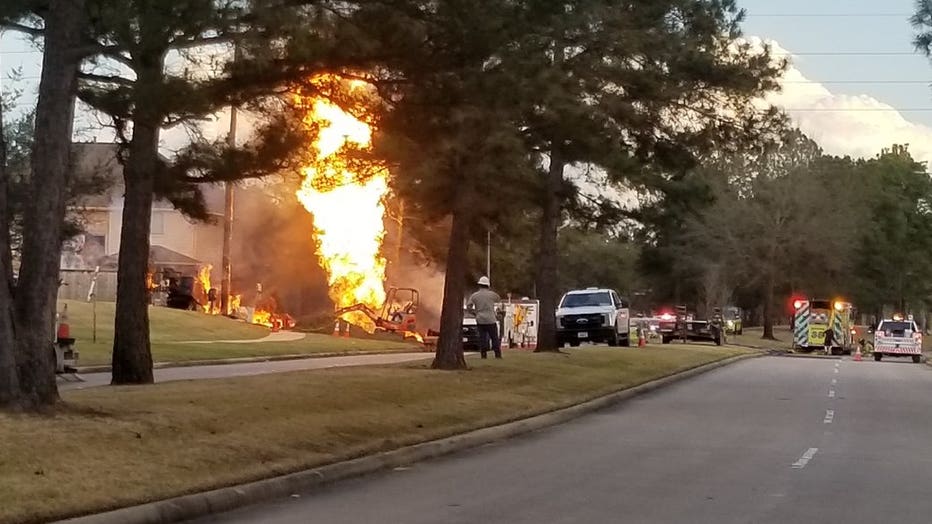 Gleannloch and Spring Cypress are currently blocked off by emergency crews.

A 500 ft. perimeter was established and all residents were evacuated while they contained the fire and exposure. The public was also urged to avoid the area.