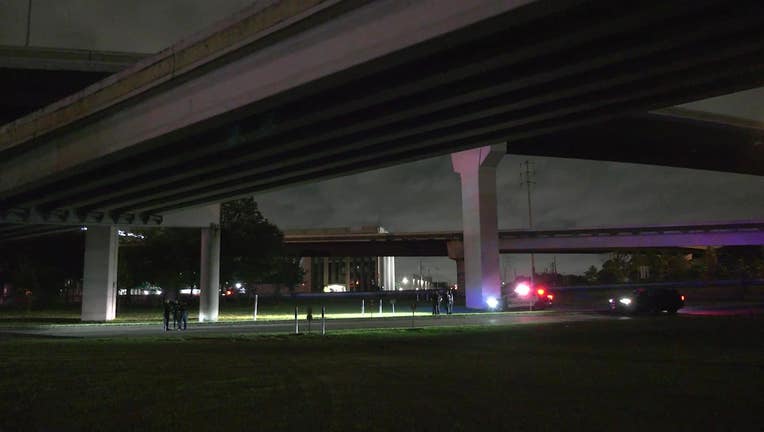 Houston police investigate a deadly crash at the North Freeway and Beltway 8.

The crash occurred around 11:45 p.m. Thursday on the ramp from the North Freeway to Beltway 8 eastbound.

Police say the driver was traveling at a high rate of speed northbound on the North Freeway prior to the crash.

According to investigators, he struck the wall of the ramp and fell from the overpass onto the feeder road. His motorcycle remained on the ramp.

Police believe the motorcycle was the only vehicle involved in the crash.