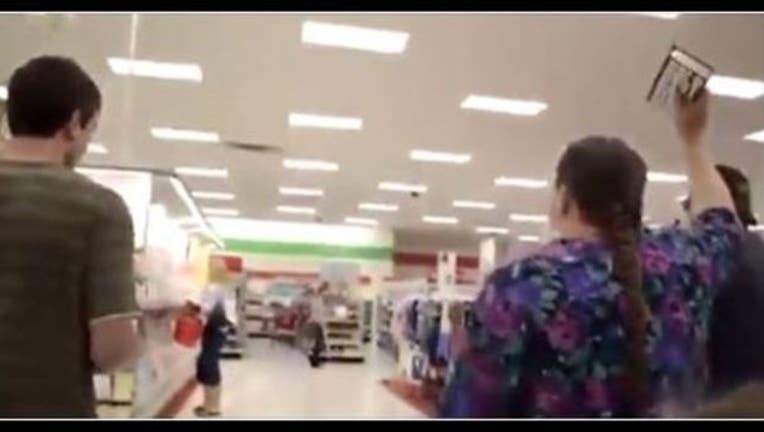 (STORYFUL) - A video going viral since being uploaded to YouTube on May 8 shows a woman marching through a Target store in Spokane, Washington, holding up a bible and claiming the retail chain is opening up its bathrooms to “perverted men.”

The video was named a “Target rebuke” by the uploader and was made in protest against Target’s decision to allow customers to use whatever bathroom fit their gender identity.

The woman seen in the video claimed to be the mother of 12 children, and asked Target customers, “Are you going to let the devil rape your children, America?”