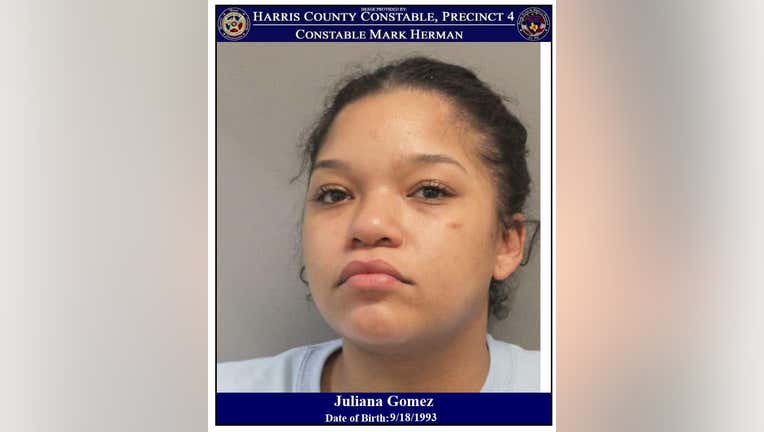 HOUSTON - Authorities say a woman was arrested after her 2-year-old daughter was found walking near a freeway in north Harris County.

Deputy constables responded to the 16000 block of the North Freeway on Tuesday in reference to a report that a citizen found the 2-year-old child walking next to the feeder road.

Deputy constables took custody of the child and checked nearby hotels.

According to the constable’s office, they located an open door at a nearby hotel and found an 8-year-old asleep with his 3-year-old brother. Authorities say no adults were present.

The children reportedly told deputy constables that they didn’t know where their mother was and said that the 2-year-old girl was their sister.

The constable’s office says the mother, Gomez, later arrived at the location and stated she knowingly left the children at the hotel room to go eat with a friend.

Child Protectives Services was contacted and took custody of the children, according to the constable’s office.

"Juliana Gomez was arrested and booked into the Harris County Jail, charged with Child Endangerment. Her bond and court information have not been set at this time," Constable Mark Herman stated.