HOUSTON - A mother and her 11-year-old son were shot in a drive-by shooting early Sunday morning in northwest Harris County, and Sheriff Ed Gonzalez says the suspected gunman has been taken into custody.

Precinct 4 deputies were dispatched to a residence in the 5000 block of Roth Forest Ln. in reports to a shooting.

Deputies found the woman and child shot. The victims were taken to the hospital, with the woman in fair condition and the child in serious, but stable condition.

Within hours, deputies arrested Keandre Jackson and charged him with two counts of aggravated assault in connection to the drive-by shooting. 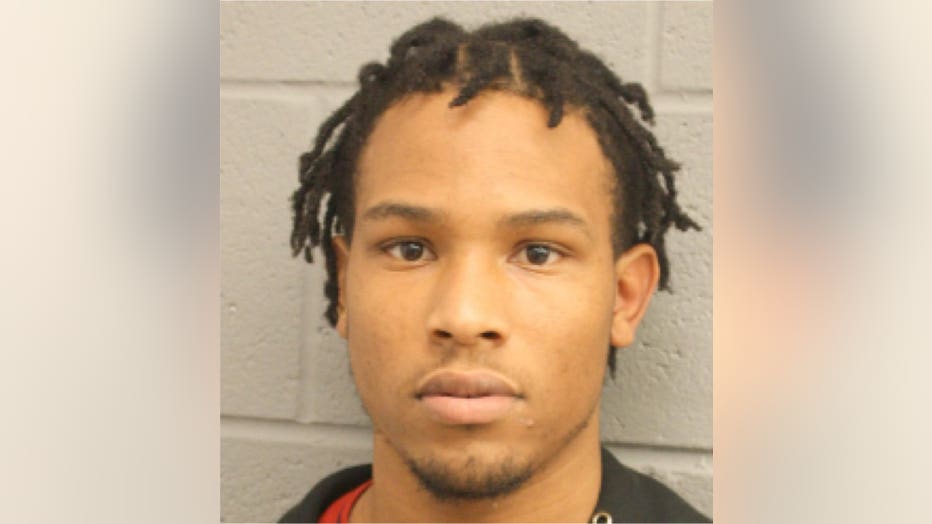 Keandre Jackson, 19, is charged with two counts of Aggravated Assault after a woman and child were shot in a drive-by shooting.

Investigators determined that an argument ensued between juveniles at a separate residence.

An 11-year-old left the residence and was pursued by the other males wanting to instigate a fight, but the situation was temporarily calmed by a parent.

Later, the drive-by shooting take place at the victim’s residence.

Jackson, 19, is said to be an older relative of the juvenile males involved in the original altercation with the 11-year-old victim.

"Unfortunately this was the second senseless shooting in less than a week in which a juvenile victim sustained life-altering injuries," Sheriff Gonzalez said. "Fortunately, in this instance, the offender was quickly identified, located, and apprehended. Great work by our investigative team."

The sheriff is likely referring to a shooting on Wednesday that left a 12-year-old shot while asleep in his apartment in northwest Harris County.