The Montgomery County Sheriff's Office provides an update after three young children were found safe after a night lost in the Sam Houston National Forest.

The sheriff’s office says it appears the children got lost and were found on a road about a mile away from where they originally entered the woods.

The children were checked by EMS and reunited with family. 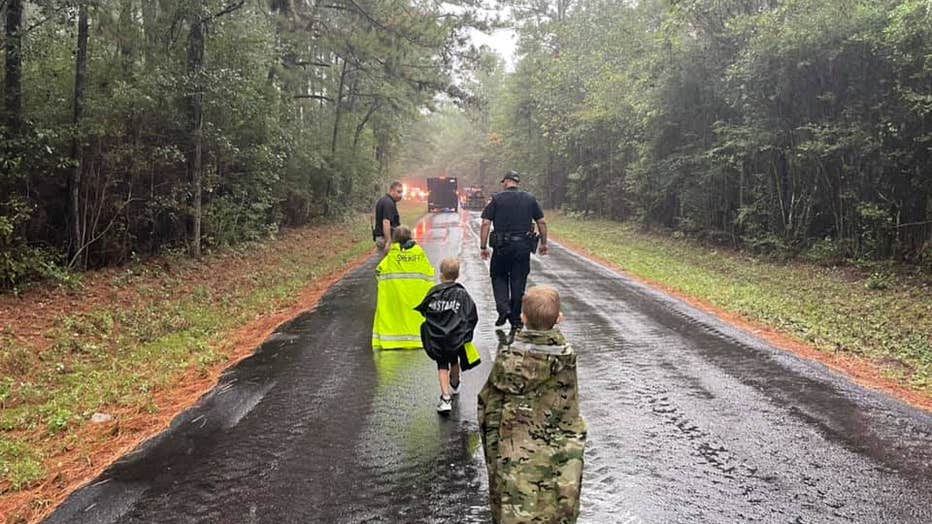 Deputies were dispatched to an area in the 20800 block of Julie Lane in Montgomery for a report of a lost person.

According to the sheriff’s office, a caller reported that three children were missing and believed to be lost in the Sam Houston National Forest, which surrounds the Flamingo Lake subdivision.

Authorities are searching in the Sam Houston National Forest and surrounding neighborhoods around the Flamingo Lakes subdivision. (NOTE: This video clip aired before the children were located.)

When deputies arrived, they learned that the three children took a commonly used trail that connects the children's homes. Authorities say the trail is used by the neighborhood so kids stay off of the main road.

Law enforcement agencies from several jurisdictions, fire department personnel, and Montgomery County Search and Rescue responded to the area for the search.