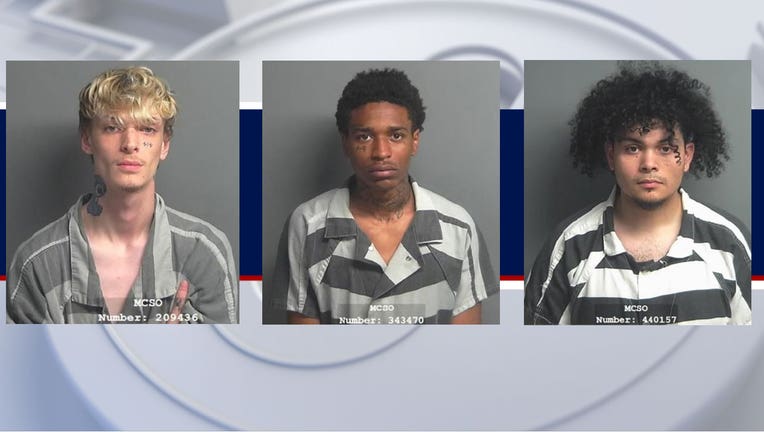 The Montgomery County Sheriff's Office said they were called out to a suspicious person call in the 400 block of Rayford Road around 11 p.m.

A citizen reported to authorities that they could hear a loud noise coming from underneath a vehicle and then observed a male get into a gray passenger car and flee the scene.

Authorities said they were able to identify and locate the suspect vehicle and a traffic stop was conducted.

After further investigation, 21-year-old Mason Mushinsky, 20-year-old Jayshaun Brown, 22-year-old Estaban Flores, and one juvenile were arrested for engaging in organized criminal activity and unlawful carry of a weapon.

Deputies said multiple weapons, various narcotics, and the stolen catalytic converter were all recovered from the vehicle.

Officials are encouraging residents to park their vehicles in well-lit areas or their garages if at all possible due to the increase of catalytic converter theft nationwide.

The Montgomery County Sheriff's Office said citizens who hear a reciprocating saw being used at night, or in a parking lot, should call law enforcement immediately.