A man in China has become the first recorded person to die after being infected with the Monkey B virus (BV) in the country, according to the China Centers for Disease Control and Prevention.

The infected patient, identified as a 53-year-old male, was a veterinary surgeon who was working at an unidentified institute that specialized in "nonhuman primate breeding and experimental research in Beijing" according to an article published by the CDC in China on July 3.

The patient told doctors that on March 4 and 6 of this year, he dissected two different monkeys and subsequently suffered nausea and vomiting, which was followed by fever and neurological symptoms one month after having contact with the specimens.

The patient attempted to get in contact with several different doctors to diagnose him but ended up dying on May 27, according to the China CDC. 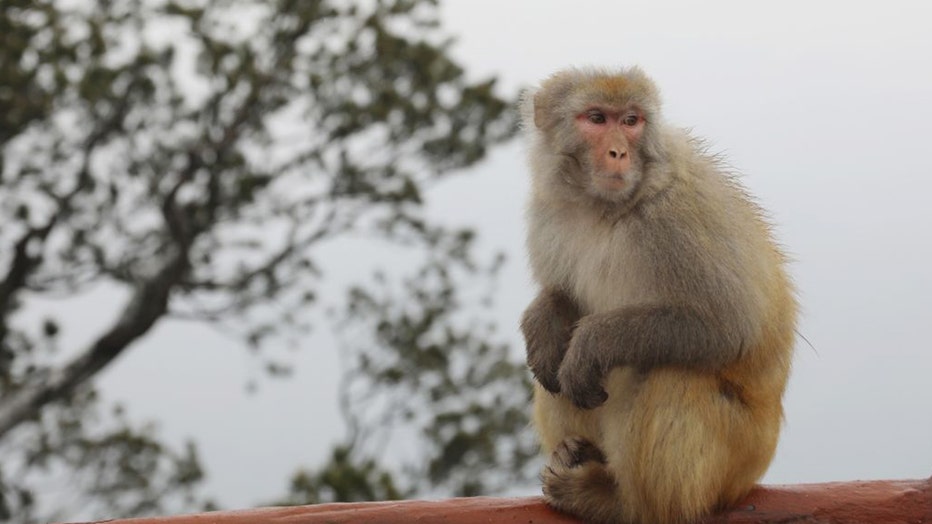 On April 17, spinal fluid was taken from the deceased man and scientists were able to positively identify that the patient was infected with BV, which is the first-ever case reported in China.

One doctor and one nurse who were in close contact with the patient before he passed both tested negative for the virus, the Chinese agency said.

"This implied that BV in monkeys might pose a potential zoonotic threat to the occupational workers. It is necessary to eliminate BV during the development of specific pathogen-free rhesus colonies and to strengthen surveillance in laboratory macaques and occupational workers in China," the China CDC concluded.

The Monkey B virus, commonly linked to the macaque monkey, is an extremely rare illness that was first discovered in 1932, according to the U.S. Centers for Disease Control and Prevention.

"Most of these people got infected after they were bitten or scratched by a monkey, or when tissue or fluids from a monkey got on their broken skin, such as by needle stick or cut," according to the CDC.

Hundreds of people have been bitten and scratched by monkeys in the U.S. and of the 300 animal care workers surveyed, none were infected by the virus, the CDC continued.

Early signs of the virus are similar to the flu and can include fever, chills, aches and fatigue. If left untreated, the infection can result in more severe neurologic and inflammatory symptoms which include pain, itching and numbing near the injury site.

The virus can also lead to problems with muscle coordination, severe damage to the brain and nervous system and could ultimately result in death, according to the CDC. The fatality rate of the Money B virus is between 70-80%.

Those who are most at risk for contracting the virus are laboratory workers, veterinarians and people who are frequently exposed to macaque monkeys.

So far, there has only been one case reported of a person spreading the Monkey B virus to another human, according to the CDC.