AUSTIN - Texas’ MJ Hegar won the Democratic nomination for U.S. Senate in a primary runoff Tuesday that was postponed months over fears of the coronavirus, only to be held as the outbreak is worse than ever.

President Donald Trump’s former doctor in the White House, Ronny Jackson, also won the GOP nomination for a rural congressional seat on a day in which Texas set a record for new coronavirus cases and reported 87 new deaths. Some counties cut back on polling places as virus fears created a shortage of election workers, although reports of long lines were sparse.

Hegar’s victory is a win for national Democratic groups that backed her campaign — as did former presidential candidates Pete Buttigieg and Sen. Elizabeth Warren — believing the former Air Force helicopter pilot has a centrist appeal that gives the party the best shot at an upset in America’s biggest red state.

But it was far from a resounding victory over state Sen. Royce West, who would have been Texas’ first Black Senator if elected in November. The close margin reflected divisions among Democratic voters two years after former congressman Beto O’Rourke revived the party’s long-dormant hopes in Texas by nearly ousting Republican Sen. Ted Cruz.

Hegar will be an underdog against Republican Sen. John Cornyn, and Democrats nationally do not view the race as competitive as their chances of flipping Senate seats in Arizona, Colorado and Maine. 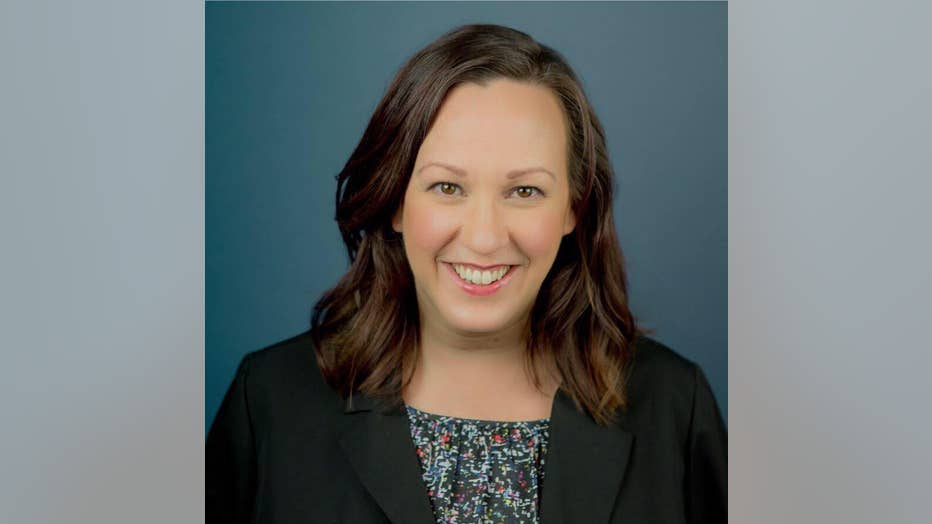 Hegar said, however, that it’s a race she can win. “The grassroots energy that has jelled behind this campaign, and my ability to connect with people because I am a regular working Texas mom has really pushed us to this point.”

Democrats hope that Trump’s sagging poll numbers will be a burden for the GOP ticket.

Wearing masks and trying to keep their distance, voters headed out to polls in blazing 100-degree afternoon heat and at a moment when Republican Gov. Greg Abbott is urging the public to stay home as Texas struggles to contain one of the worst coronavirus outbreaks in the country.

Abbott, who has warned that the infection numbers will likely get even worse, did not include polling places under a recent statewide mask order, and unlike many states, Texas has fought efforts to expand mail-in balloting during the pandemic. On Tuesday, Texas reported a record 10,745 confirmed new cases in a single day, and the rate of positive cases also climbed to nearly 17% — also a new high.

Jackson, a retired Navy rear admiral, defeated Josh Winegarner in a primary runoff and will now be heavily favored in November in the deeply red Texas Panhandle. Trump endorsed his former doctor two years after he nominated him to lead the Department of Veteran Affairs, saying he was impressed by Jackson when the doctor gave a glowing report on the president’s health and mental well-being.

That nomination was derailed by allegations that Jackson, who had extolled Trump’s “incredible genes,” drank on the job and over-prescribed drugs. Jackson denied the misconduct allegations and withdrew his name from consideration.

Runoff elections in Texas typically have low turnout, and by Tuesday afternoon, elections officials reported few cases of long lines in the state’s largest counties. The wait was about 15 minutes at the Houston Metropolitan Multi-Service Center in the city’s posh River Oaks neighborhood, where Christina Falugi said she felt safe wearing a mask and seeing poll workers try to enforce social distancing.

“It’s the best we can do to make our voices heard in this weird time,” she said. But, she added, “it does make me concerned for other elections in a pandemic.”

In Houston, a runoff to replace one of six House seats opened up by a wave of GOP retirements in Texas ended with Fort Bend County Sheriff Troy Nehls defeating Kathaleen Wall, a GOP megadonor who has spent millions of dollars in failed congressional bids the last two years. Democrats believe the seat is competitive in November.

"People didn't buy what you were handing out": Nehls defeats Wall in GOP runoff

Former Republican U.S. Rep. Pete Sessions, who was ousted from his longtime Dallas district in 2018, won the GOP nomination for a rural seat in Waco even though the retiring incumbent, Rep. Bill Flores, criticized his former colleague for switching to a more friendly district.

More than 1 million ballots were cast in early voting — higher than most primary runoffs in recent years but only a fraction of the state’s 16 million registered voters.

The runoff was originally scheduled for May. But like many governors, Abbott in March pushed back the date as the virus began to take hold across the country.

But the public health crisis in Texas is now much more dire. Hospitalizations have been doubling every two weeks and infection rates have soared in the aftermath of Abbott embarking on what had been one of the most aggressive reopenings in America.

“Texas has established itself as one of the most hostile states in the nation when it comes to acknowledging the effect of the pandemic on the election,” said Kristen Clarke, president and executive director of the Lawyers’ Committee for Civil Rights Under Law.