LONDON - One of the world’s oldest and best-known medical journals slammed President Donald Trump on Friday for his “inconsistent and incoherent national response” to the coronavirus pandemic in the U.S. and criticized his administration for marginalizing the public health experts working to contain it.

An unsigned editorial from the British medical journal The Lancet said the Centers for Disease Control and Prevention has seen its role minimized in the response to contain COVID-19 after being “chipped away” by the Trump administration.

“A strong CDC is needed to respond to public health threats, both domestic and international, and to help prevent the next inevitable pandemic. Americans must put a president in the White House come January, 2021, who will understand that public health should not be guided by partisan politics,” the journal concluded.

The sharp criticism comes as states across the country begin the process of reopening in varied ways. The U.S. remains the worst-hit country in the world with more than 1.4 million confirmed cases and 86,000 deaths as of May 15, according to Johns Hopkins University data.

The Lancet said that while the rate of infections and deaths in New York and New Jersey have slowed after two months of lockdowns, new outbreaks in Minnesota and Iowa prompted “pointed new questions about the inconsistent and incoherent national response to the COVID-19 crisis.”

“The Administration is obsessed with magic bullets—vaccines, new medicines, or a hope that the virus will simply disappear,” the journal states. “But only a steadfast reliance on basic public health principles, like test, trace, and isolate, will see the emergency brought to an end, and this requires an effective national public health agency.” 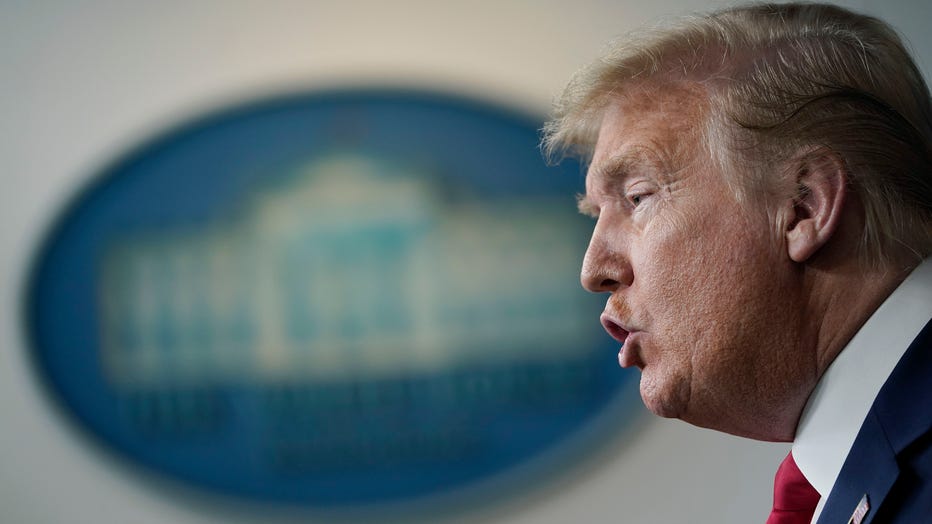 President Donald Trump speaks during the daily briefing of the Coronavirus Task Force at the White House on April 22, 2020 in Washington, D.C. (Photo by Drew Angerer/Getty Images)

In the editorial — titled “Reviving the US CDC” — the authors state that the CDC, “once regarded as the gold standard for global disease detection and control,” has become an “ineffective and nominal adviser” in the response to combat the spread of COVID-19.

It accuses the Trump administration of undermining the federal agency’s leadership and its work during the pandemic. The editorial cites CDC staff in China being cut back, with the last remaining CDC officer leaving China in July of 2019 — resulting in an “intelligence vacuum” when the novel coronavirus began to emerge in Wuhan, the capital city of China’s Hubei province.

The Lancet also criticized the CDC for its faulty test kits rolled out in the early stages of the virus in the U.S. The country remains “nowhere near” able to provide basic surveillance or laboratory testing infrastructure needed to combat the virus, the journal said.

“There is no doubt that the CDC has made mistakes, especially on testing in the early stages of the pandemic,” the Lancet stated. “But punishing the agency by marginalizing and hobbling it is not the solution.”

The Lancet, founded in 1823, is a weekly journal that publishes original research articles, book reviews, editorials and more with offices in London, New York and Beijing. It has published many articles in recent years about the U.S. health system, some with political stances.

But calling for a president to be voted out of office isn’t as common for a journal with such influence, according to Benjamin Corb, public affairs director for the nonprofit American Society for Biochemistry and Molecular Biology.

In an interview with the Washington Post, Corb pointed to frustration mounting among the scientific community on the handling of the crisis by political leaders for the journal’s strongly-worded editorial.

“It’s not common for a journal to do that ⁠ — but the scientific community is getting increasingly concerned with the dangerous politicization of science during this pandemic crisis,” Benjamin Corb, public affairs director for the nonprofit American Society for Biochemistry and Molecular Biology, told the Post. “We watch as political leaders tout unproven medics advice, and public health and science experts are vilified as partisans — all while people continue to get sick and die.”