Mayoral candidate Tony Buzbee has run into trouble while courting both the LGBTQ community as well as far-right groups.

HOUSTON - Mayoral candidate Tony Buzbee attempted the politically all-but-impossible, and that is lobbying for support from the LGBTQ community while also courting Houston's most outspoken anti-gay activist Dr. Steven Hotze, founder of the Conservative Republicans of Harris County. 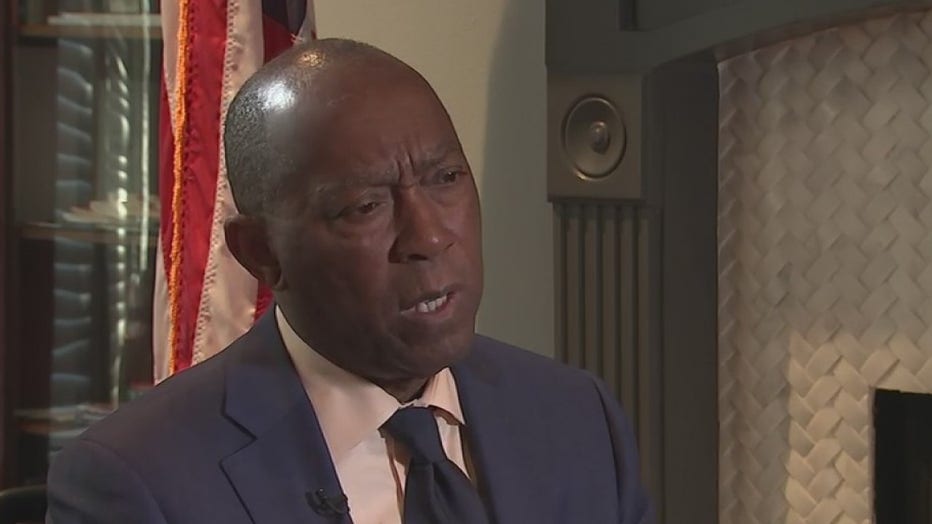 FOX 26 has learned the Conservative Republicans' endorsement of Buzbee first hit the rocks after Hotze viewed the video of the candidate pledging to revive the Houston Equal Rights Ordinance.

"We are going to do it. It's going to have to be done smartly," said Buzbee in phone video captured as Buzbee spoke to Houston's LGBTQ Political Caucus.

The breakup hit critical mass on Monday when Buzbee was asked if he supported Hotze's views.

"No and I don't really know Mr. Hotze. I've met him at church once," said Buzbee at Houston Public Media/KHOU debate.

It was a dubious statement Buzbee has been forced to walk back, later conceding he met the conservative power broker Hotze on multiple occasions.

"Buzbee is catching heat because he won't denounce the racist and homophobic views of Steve Hotze," said Turner.

"It just puts a huge chasm into the credibility and the integrity of Mr. Buzbee," said Turner.

"As far as this partisan politics and these lightning rods here and there and trying tie me to this person or that person," I am my own man," said Buzbee.