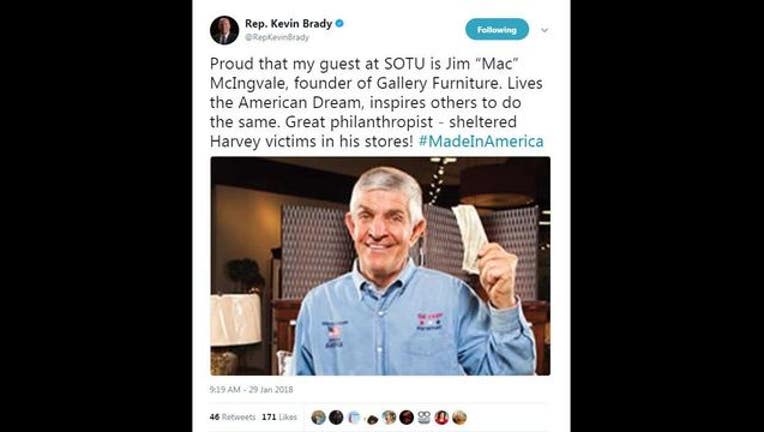 U.S. Rep. Brady posted on Twitter that he was honored to have McIngvale as his guest. He also stated, "Proud that my guest at State of The Union Address is Jim, 'Mac' McIngvale, founder of Gallery Furniture. Lives the American Dream, inspires others to do the same. Great philanthropist, sheltered Harvey victims in his stores.”

McIngvale is beloved as a hero in Houston after he opened his Gallery Furniture flagship store to anyone who was devastated Hurricane Harvey.