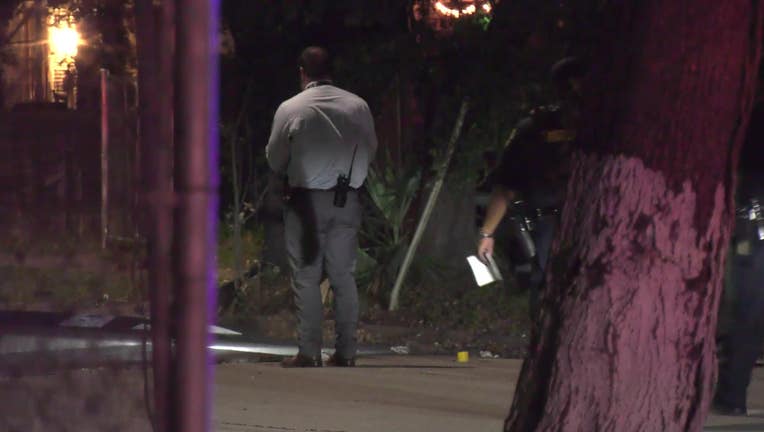 The Houston Police Department investigates a shooting on Dumble Street.

HOUSTON - Two people were shot when someone opened fire on their vehicle in southeast Houston.

The shooting occurred just before midnight on Park Street near Dumble Street.

Police say the man and woman were sitting in a parked vehicle when someone fired several shots at the car. Authorities say at least 20 shell casings were found at the scene.

The woman was able to drive around the corner onto Dumble Street for help.

They were both taken to the hospital and are expected to survive.

Police are searching for surveillance video from the area. Anyone with information is asked to call Crime Stoppers at (713)222-TIPS.