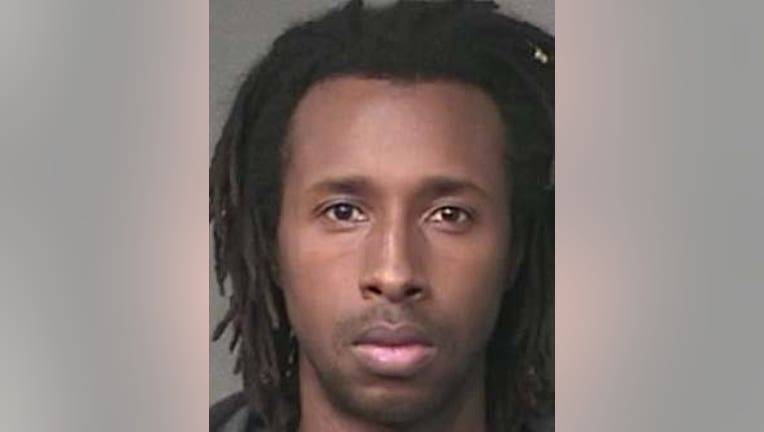 HOUSTON - A man has been sentenced to life in prison Wednesday after he was linked to murdering two people in the Houston area.

According to the Harris County District Attorney's Office, it all happened on Aug. 21, 2017, when James Kidron Stocker, 37, shot two people from the balcony of his Midtown condo on the second floor located in the 1300 block of Rosewood.

The investigation showed the two people he hit was a woman riding her bike, identified as Charlotte Walker, and an elderly man experiencing homelessness, Brent Tapp, 67. Unfortunately,  Walker was pronounced dead at the scene, while Tapp was only hit in the leg.

Tapp told responding officers Stocker was the one who shot him from his balcony. However, at this point, Stocker had already fled his home.

While executing a search at Stocker's home, authorities found a .22 caliber rifle with a scope and a homemade silencer and a stockpile of a specific brand and type of .45 caliber bullets, but could not find a .45 caliber gun.

Two months later, the DA's office says Tapp was gunned down in the same parking lot where he was shot before. The shell casings at the scene matched the .45 caliber bullets matched the ones Stocker had in his home.

About three months later, Stocker was arrested, with the .45 caliber gun used to kill Tapp. By this time, Stocker was already charged with capital murder but the DA's office says additional charges were brought on for killing Tapp "in retaliation for reporting him to the police for the first shooting and for obstruction to prevent Tapp from testifying against him."

During a grand trial that completed Tuesday, a press release from the DA's office says jurors heard Stocker "blamed Tapp for reporting him to police for the first shooting, which meant Stocker felt he had to flee from authorities and he lost his job and home." Additionally, text messages from Stocker's phone showed he admitted to the initial shootings, and ballistics from the murder scene matched the .45 caliber pistol Stocker was caught with when taken into custody.

"Making a homemade silencer and buying a scope to shoot a rifle from a balcony, like in this case, is not an act of impulse," Harris County DA Kim Ogg said in a press statement. "There was planning and premeditation, and the fact that Mr. Stocker returned to the scene, months later, for a cold and calculated murder of the man who would have testified against him, is appalling."

The 37-year-old was sentenced to life in prison without parole.