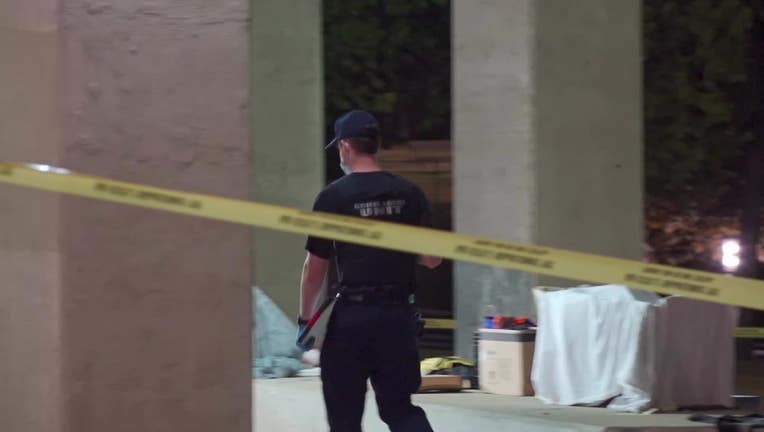 A man was stabbed to death at a homeless camp under a bridge in Downtown Houston, police say.

Officers responded to a report of a stabbing in the 1000 block of Commerce Street around midnight Wednesday morning.

According to police, two people had gotten into an altercation at the homeless camp, and one stabbed the other.

The wounded man was taken to the hospital, where he pronounced dead. Police did not identify him, but did say that he is believed to be homeless.

The suspect is not in custody, and a description of the person police are looking for has not been released.