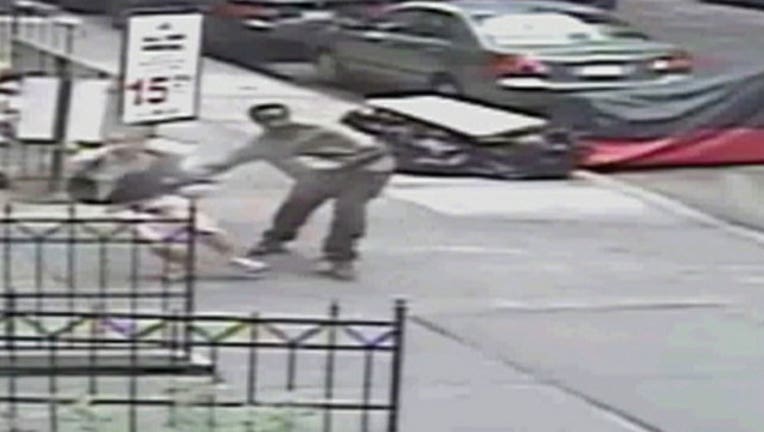 Police are looking for the man who shoved feces down a woman's shorts on the Upper East Side and then ran off.

NEW YORK (FOX5NY) - Police are looking for the man who shoved a bag of feces down a woman's shorts on the Upper East Side and then ran off.

The man allegedly grabbed the 27-year-old woman from behind, grabbed her waist and then shoved the bag in her shorts. Police say he grabbed her buttocks and tossed a pair of gloves before fleeing.

Surveillance video was released by the NYPD.

The suspect is Black, about 40 years old, 6 feet tall and around 200 pounds, last seen in jeans and a green shirt. He also has a beard.

If you know anything about the suspect, contact police at any of the following:

WWW.NYPDCRIMESTOPPERS.COM or by texting their tips to 274637 (CRIMES) then enter TIP577.

The NYPD says all calls/texts are strictly confidential.