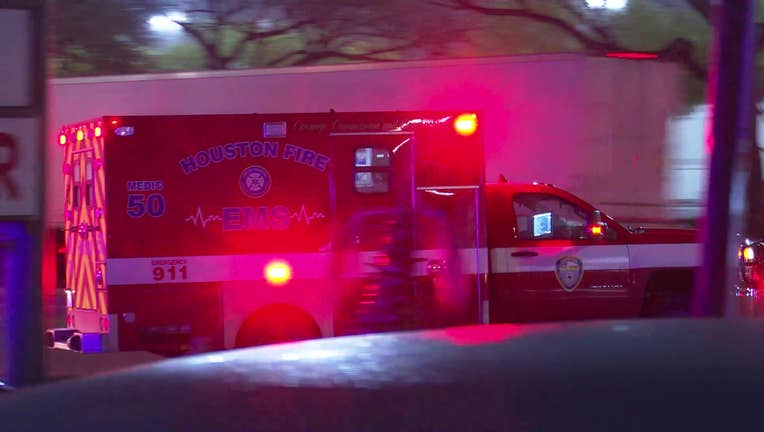 A man was transported to the hospital after he was shot outside of a store in northwest Houston.

HOUSTON - Police are investigating the shooting of a man outside of a store in northwest Houston.

Police say a convenience store clerk was taking out the trash, and a homeless man was outside.

According to police, some kind of confusion occurred, and the homeless man charged at the store clerk.

In fear, police say, the clerk fired two shots at the man. He was struck.

Officers arrived at the scene and began performing life-saving measures. Paramedics arrived and transported the man to the hospital.

The investigation continues. Police say they will be reviewing video from the area.