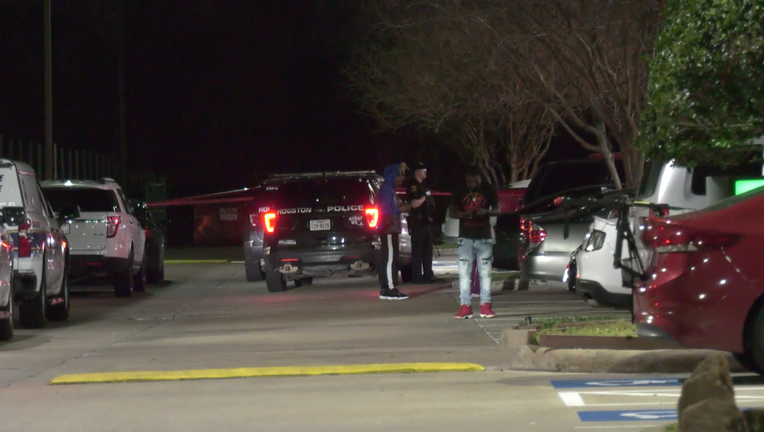 HOUSTON - Police are investigating the deadly shooting of a man who was found laying outside a hotel room in west Houston.

HPD officers responded to reports of a shooting Tuesday night at the HomeTowne Studios hotel located in the 2100 block of S. Highway 6.

MORE ON FOX: How law gave officers job back after shooting man dozens of times

When officers arrived at the scene, they found a man outside of hotel room door shot multiple times. The victim, who was in his early 30s, was pronounced dead at the scene.

His girlfriend told police that a few days ago there was a verbal altercation in the parking lot between the victim and some guys who were around her car. It is unknown if the incidents are related.

Police believe the suspects fled in a black Acura MDX.

Investigators are looking at cameras and talking to and looking for witnesses.