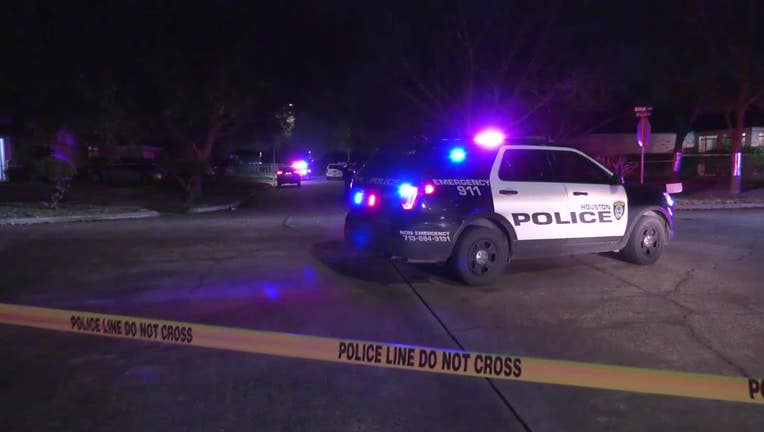 The Houston Police Department investigates a deadly shooting on Appleridge.

HOUSTON - Police are investigating after a man was found shot to death in a vehicle in southwest Houston.

The shooting occurred in the 15300 block of Appleridge overnight.

Officers and paramedics responded to a report of an accident, and they then saw the vehicle down the street with both front doors open.

As they approached, police say they saw a man with at least one gunshot wound inside. He was pronounced dead at the scene.

Authorities were able to locate surveillance video from the area. Police say the footage shows a white Toyota Sequoia arriving, and then a few minutes later the man’s vehicle arrives.

According to police, several males got out of the Sequoia and approached the man’s vehicle. Police say one of the suspects then shot him.