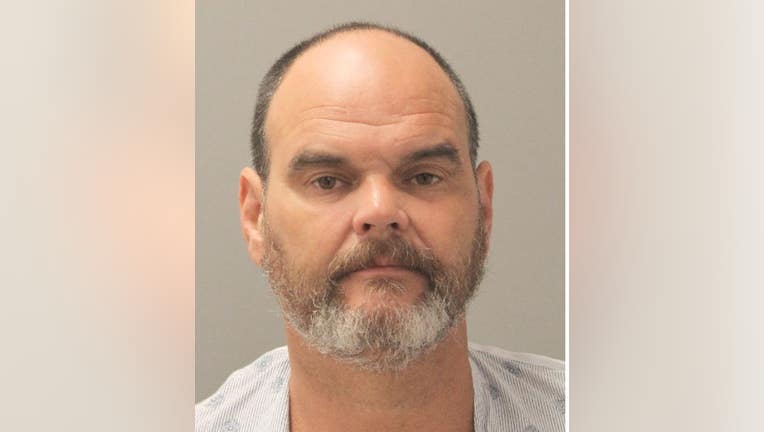 HOUSTON - Authorities say a man has been sentenced to life in prison for sexually assaulting and beating a woman after breaking into her home.

Based on a press release from the Harris County District Attorney's Office, Jack Flynn Carlin II, 55, of Cypress was arrested in February 2020 when he broke into a woman's house and horrifically beat her before sexually assaulting her for hours.

Court records say it happened shortly before 7 a.m. when Carlin knocked on the woman's front door, but she refused to let him in. That's when he went around the back of the home, used a "lawn statuette" to smash through the sliding glass door.

Shortly afterward, the woman testified Carlin began beating her, where he broke her  vertebra and knocked out some of her teeth. During the attack, the DA's office said Carlin sexually assaulted her repeatedly over a 4-hour period.

MORE STORIES OUT OF CYPRESS

According to police paper work, during one of Carlin's "resting periods" the woman managed to crawl to her phone and let her granddaughter know what happened and to call police.

Officials say Carlin was arrested by the police while in the woman's bedroom, naked.

The case was prosecuted by Assistant District Attorneys Joseph Frank and Keegan Childers of the Domestic Violence Division, who asked jurors to sentence the 55-year-old to life.

During the punishment phase of trial, it was revealed the jury was informed that Carlin was a previously convicted felon for Burglary of a Habitation in 1989, and Aggravated Assault in 1996. In 2014, he was also convicted of two counts of Indecent Exposure and was a registered sex offender.

A jury on Tuesday sentenced Carlin to life in prison, which was lauded by District Attorney Kim Ogg.

"With the jury’s verdict, this vicious predator should never again set foot in society," Ogg said. "The woman was incredibly strong to not only survive this horrific attack, but testify against her attacker in court."