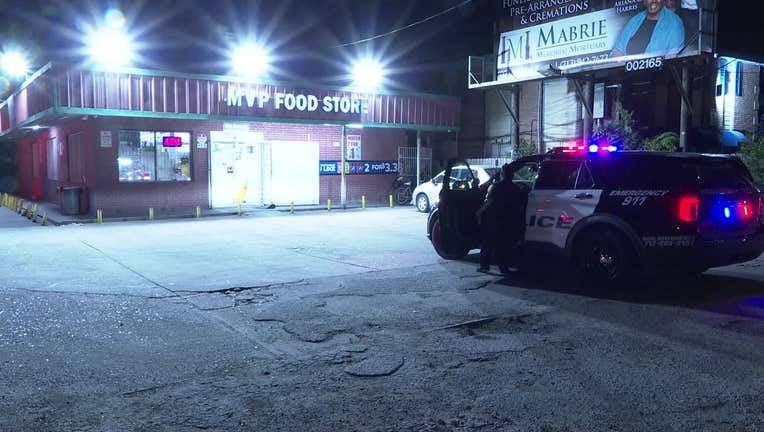 HOUSTON - A suspect followed a man into a store after shooting him in the parking lot, Houston police say.

Officers responded to a shooting in the 4700 block of Lockwood Drive around 9:45 p.m. Tuesday.

According to police, two men were having a disagreement in the parking lot. Police say one of the men got a gun and shot the other man.

The man who was shot was taken to the hospital and is expected to survive his injuries.