Authorities say it happened during a vehicle pursuit with suspected robbers when a man was hit and killed by an officer in an HPD patrol cruiser.

HOUSTON - Authorities police say a man has died Saturday after he was hit by an officer driving a Houston Police Department patrol car during a police chase on the city's south side.

Officials have not been able to provide much information, as the investigation is still active, but say it happened in the 9100 block of Scott St. near Reed Rd.

During a press conference, officials said it all started after they received a call about a robbery where a woman said five men stole her truck before holding her at gunpoint. The woman was able to get the tracking information for her truck and shared that with the police.

Authorities provided preliminary information about a man hit and killed by an HPD patrol car during chase in downtown Houston.

Police said they found the truck in the area and activated their sirens, but the suspects took off. A chase ensued, with several officers responding. We're told some suspects got out of the car and some officers had to chase the suspects on foot.

One of the officers driving to assist with the chase, authorities said, lost control of their vehicle at some point and went off the roadway. As a result, the officers crashed their patrol car into the sidewalk and managed to roll out safely. However, that's where the officers found an unidentified male pedestrian, unresponsive. Despite their efforts to revive the man, it was to no avail, and he was pronounced dead around 5:50 p.m. 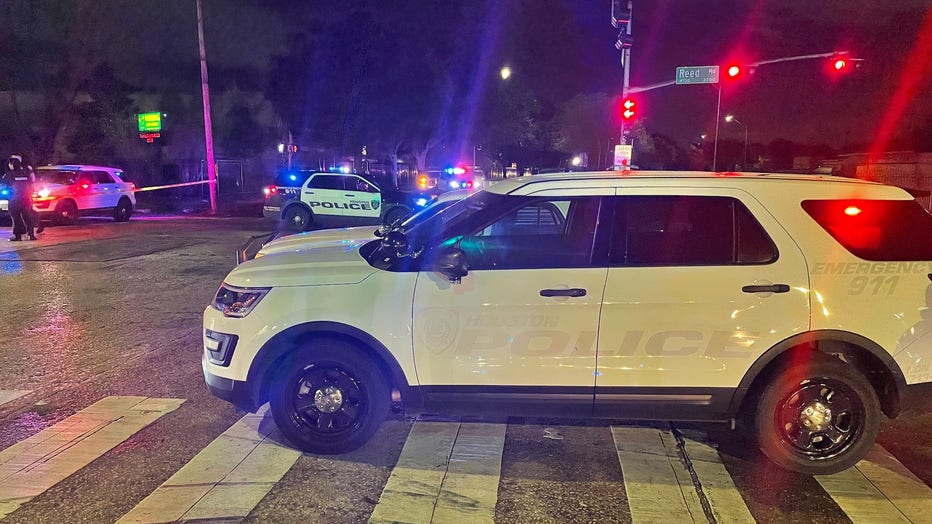 Both officers involved in the crash were said to be at least 25-years-old and been with the department for about two years.

Meanwhile, three of the five robbery suspects were taken into custody and charged with aggravated robbery. The other two remain at large.

Officials say the suspects actually left their car behind, and it flipped over and injured one of the responding officers. He suffered minor injuries but will still seek medical assistance.

No other information was provided, as of this writing, but an investigation remains underway.

FOX 26 will continue to update this story as it continues to develop.