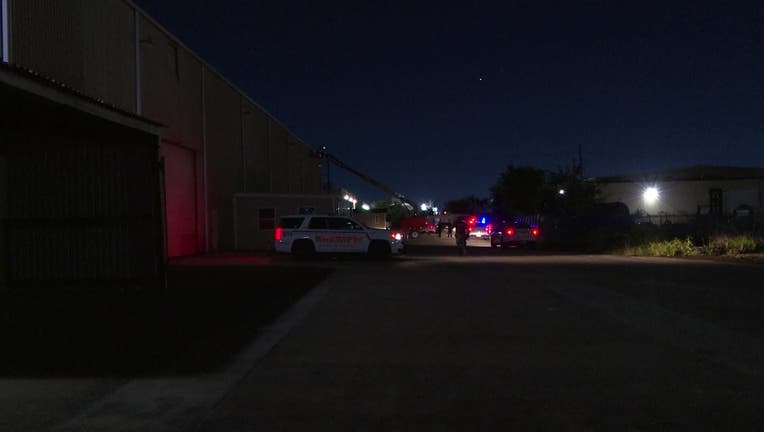 The Harris County Sheriff's Office investigates after a man fell from the roof of a warehouse.

A man died after he fell about 40 feet from the roof of an industrial warehouse in northwest Harris County, authorities say.

According to Sheriff Ed Gonzalez, three men used a crane with a basket to get up on the roof of the building.

One of the men fell through a sunroof, Sheriff Gonzalez said. The man was pronounced dead at the scene.

The sheriff says the three men, believed to be in their 20s, had been out drinking before the incident.