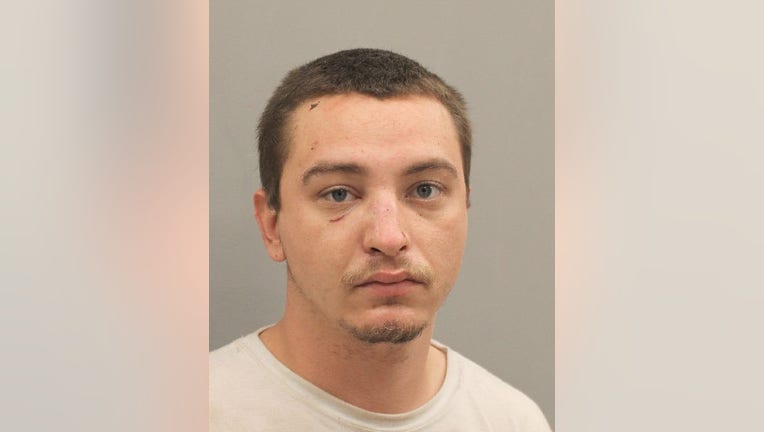 HOUSTON - A man has been charged with murder in the deadly shooting of a woman in north Houston.

Jon Kerry Parfait, 25, was charged in connection to the shooting that occurred around 7:05 p.m. Monday in the 12500 block of Kuykendahl Road.

HPD officers and HFD paramedics responded to a shooting call at a motel on Monday and found a woman had been shot multiple times. She died at the scene.

According to HPD, the initial investigation and witness statements indicated that Parfait was seen exiting a motel room and firing multiple shots at Bradley’s vehicle.

Police say Parfait and a female were then seen leaving the scene on foot.

Parfait and the female were taken into custody after a search of the area.

Police say Parfait was charged for his role in the shooting, and he was also wanted on a Harris County felony warrant for unauthorized use of a motor vehicle.

The female was released with no charges filed after being questioned.