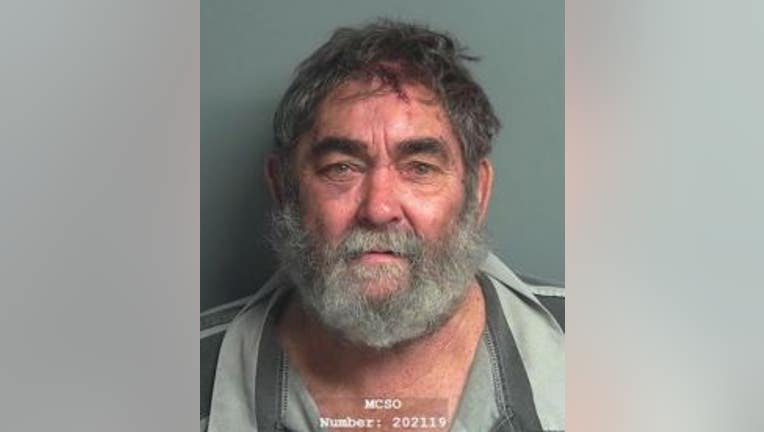 The Montgomery County Sheriff's Office were called out to a report of a disturbance in progress with shots fired at a home in the 26600 block of Carol Lane in Spendora.

When deputies arrived at the home, they found a man, later identified as Thomas Reed, with a cut to his head.

Deputies also learned that two other people, who were Reed's son and grandson, were also involved in the incident.

Authorities said a preliminary investigation suggested that Thomas Reed, who owns the home, got into an argument with his son and grandson.

Officials said that Reed wanted them to leave the home, which they refused, stating they also live there.

That's when, authorities said, Reed retrieved a handgun and shot at them. No one was injured.

In fear of their lives, authorities stated both victims used self-defense measures against Reed to disarm him.

Officials stated that during the fight, Reed suffered a cut to his head.

The investigation led detectives to believe that Reed was the aggressor in the incident, and was subsequently arrested and transported to the Montgomery County Jail.

He has been charged with felony aggravated assault with a deadly weapon - family violence.