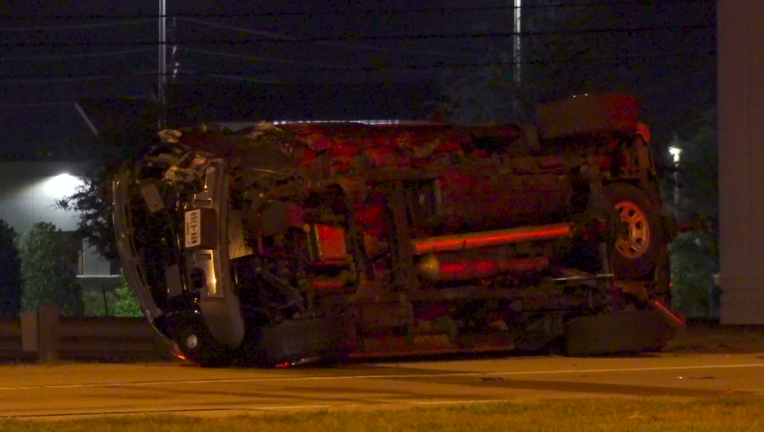 Photo from the scene of a deadly crash on State Highway 6 in Sugar Land.

SUGAR LAND, Texas - At least one person is dead following a reported head-on collision in Sugar Land on Tuesday evening.

The Sugar Land Police Department said the crash occurred on the overpass of Highway 6 that travels over U.S. 90 Alternate.