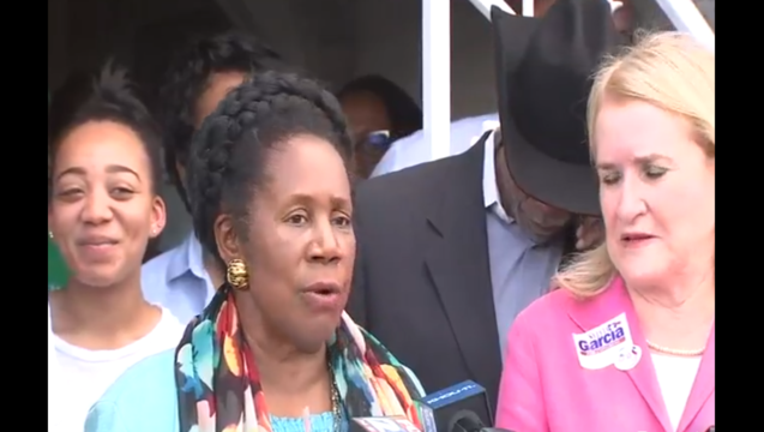 "There are long lines at polling places throughout Harris County, which are being met with indifference and hostility from some voting officials.  This conduct must stop immediately because it sends the message that their vote is not important.  This is not consistent with the message that ‘every vote counts, " said Lee.

Congresswoman Jackson Lee added that in Harris County’s Precinct 1012, a voter complained of racial profiling and behavior consistent with racial stereotyping. "To add insult to injury, the voter was told that she would have a better time understanding voting directions if the official were in “blackface.”' She explained there was another incident in Harris County’s Precinct 576 where two of three electronic voting machines are believed to be inoperable, exacerbating delays and waits in voting.

One of the most critical issues that Harris County voters faced were long lines. Jackson Lee spoke about Bayland Community Center in Houston where long lines have tested the patience of voters waiting to cast their ballot. "This conduct must stop immediately because it sends the message that their vote is not important."

If you are experiencing problems at the polling place, please call 1-866-OUR-VOTE