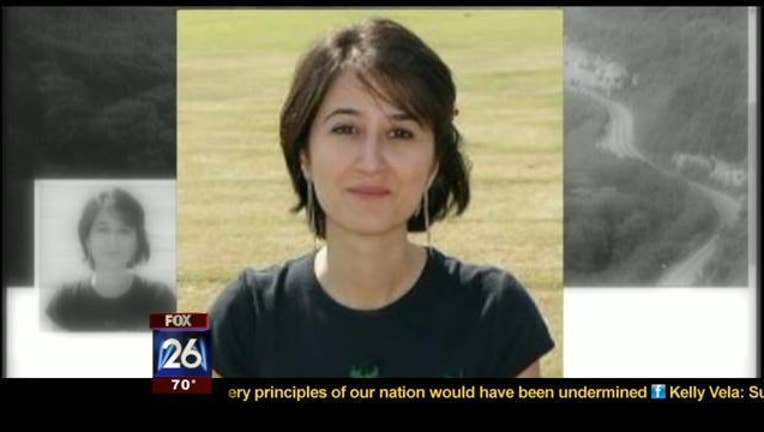 Crime Stoppers is offering what it calls the largest reward in its history: $200,000 to corner a killer in Houston. The money comes from the organization itself and also private sources.

It was four months ago that someone gunned down a 30-year old medical researcher as she pulled into her complex, near the Galleria area.

Gelareh Bagherzadeh's body was found in the driver's seat. The car was still running.

"We think about it every day and night and we talk about it," said the victim's brother, Ali Bagherzadeh. "What happened? Who could do any harm to her?"

On Tuesday night, members of the Bagherzadeh family attended a monthly meeting of a local support group called Parents of Murdered Children.

"It's probably the only group in the country where someone actually fills out your membership for you," said Andy Kahan. That's a recurring theme in the meetings. None of the people who attend ever wanted to be members of this particular club.

Gelareh Bagherzadeh was an Iranian who was active in promoting Muslim women's rights. It's not known whether that might have provided her killer with a motive – or whether it's entirely unrelated to her slaying.

Her family would very much like to know who pulled the trigger. And why.

"It would answer a lot of questions for us," said Ali Bagherzadeh. "So at least we'd know what happened. Right now it's like something that we have no idea, no clue, what happened to my sister."

"Somebody out there knows something," added Kahan. "Hopefully $200,000 will get you dialing where you need to go."

Tipsters can remain anonymous by calling Crime Stoppers at 713-222-TIPS.

For more information on the Bagherzadeh case, click here:
www.onlyjustice.org