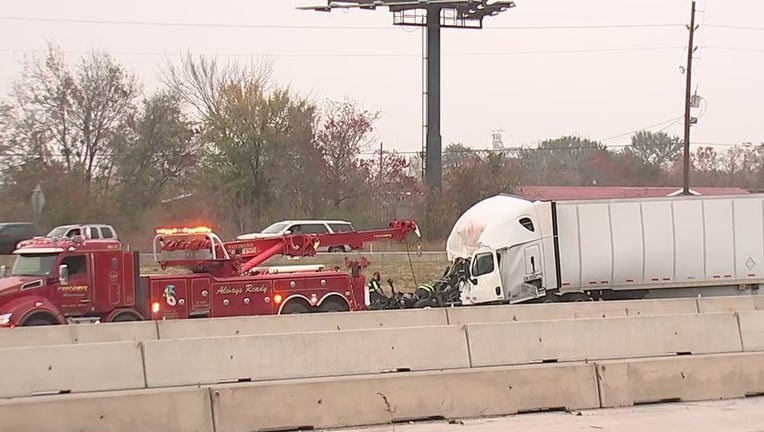 BROOKSHIRE, Texas - Two crashes blocked traffic in both directions on I-10 west of Brookshire in Waller County on Wednesday morning.

The mainlanes of I-10 were closed for several hours and drivers were detoured, but the crashes have since been cleared.

On I-10 eastbound near Peach Ridge, Texas DPS said they were investigating a commercial vehicle crash.

Houston Transtar showed all eastbound mainlanes closed near the Brazos River. According to Houston Transtar, two vehicles were involved in the crash.

The second crash was reported in the westbound lanes of I-10 near FM 1489. All mainlanes were closed.

An 18-wheeler appeared to have rear-ended another 18-wheeler. A man was extricated from one of the vehicles and was transported to the hospital.