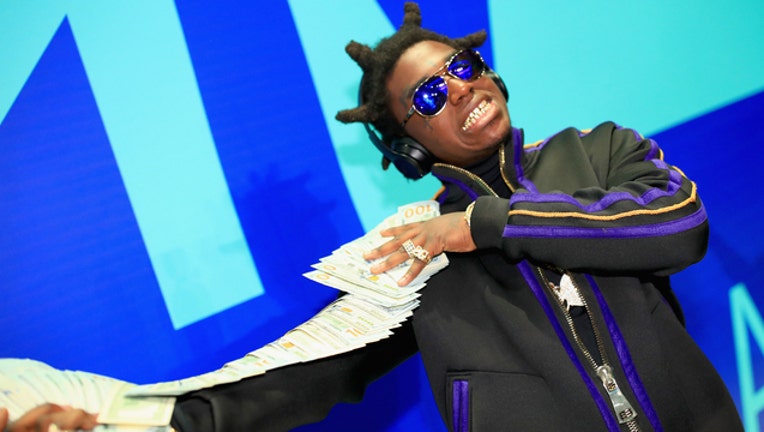 WASHINGTON (FOX 5 DC) - Kodak Black’s tour bus was raided by the FBI and DC police while the rapper performed at The Anthem in the District late Wednesday evening, according to reports.

TMZ reports the FBI raided the rapper’s tour bus as he was performing on stage.

DC Police said they're unable to confirm if it was Kodak Black's tour bus, but confirmed a tour bus was raided in the area where Kodak Black was performing.

DC Police said the following individuals were arrested and charged with carrying a pistol without a license (CPWL) and possession of a large capacity ammunition feeding device:

On Thursday afternoon, the U.S. Attorney's Office said they are "not moving forward with charges at this time" but an investigation is ongoing. They told FOX 5, they "do not comment on charging decisions and have no further comment at this time."

TMZ reports that the authorities attempted to enter The Anthem, but were turned away by the show’s promoters.

The FBI referred FOX 5 to DC police about the incident but said, “We are working jointly with the Metropolitan Police Department to address criminal activity in the District and provide additional resources when needed, however, we will have to refer you to MPD for additional comments on the specifics of Kodak Black’s tour bus. This is part of the U.S. Attorney for the District of Columbia‘s Felon in Possession initiative which aims to reduce gun violence in the city.”

Kodak Black was arrested on April 17 on drug and weapons charges after officials said the rapper tried to cross from Canada into the United States near Niagara Falls in a Cadillac Escalade with two other people.

The 21-year-old rapper from Miramar, Florida, whose legal name is Bill Kapri, also faces a charge in South Carolina of first-degree criminal sexual misconduct on allegations he raped a woman after a 2016 concert.