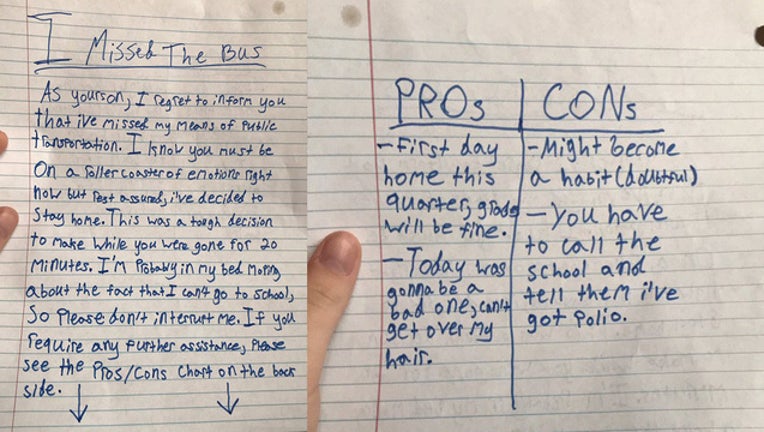 MADISON, Ohio (STORYFUL) - A kid’s hilarious list outlining the pros and cons of him staying home from school after he missed the bus took Twitter by storm after his sister shared it on June 4.

Sarah Holliday tweeted images of her brother Adam’s list, and his note about what happened. He “regretfully” informed his mother that he missed his “means of public transportation” to school, before launching into the pros and cons of the situation.

On the pro side, he was having a bad hair day, so staying home from school obviously made sense. He made an incredibly valid argument on the con side of things, lamenting that his mom would have to call the school and inform them that he “has polio.”

“Never forget the time my brother missed the bus and wrote my mom this note,” Holliday tweeted alongside the images, which had over 150,000 retweets at the time of writing.