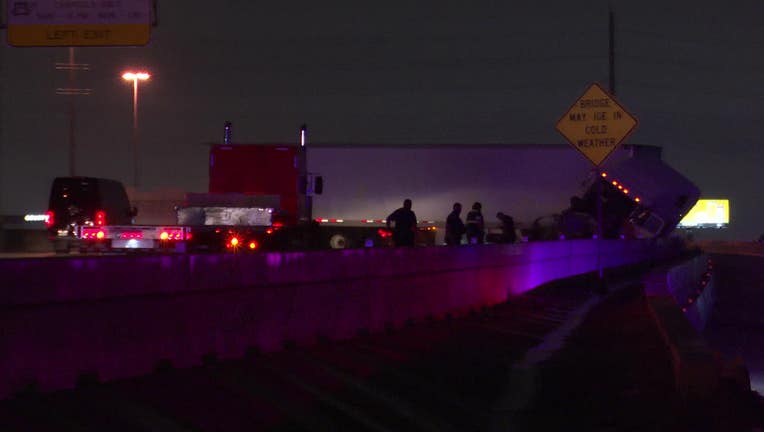 HOUSTON - A crash involving a jackknifed 18-wheeler shut down eastbound lanes of the I-10 Katy Freeway on Tuesday morning.

The crash was reported around 3:30 a.m. near Heights Blvd. and completely shut down the mainlanes for hours.

As of 8:55 a.m., Houston TranStar reports some lanes have reopened, but the right shoulder lane, the right lane and the center lane remain closed.

According to police, the 18-wheeler struck a concrete barrier and sent concrete flying into a patrol vehicle that was on the onramp. 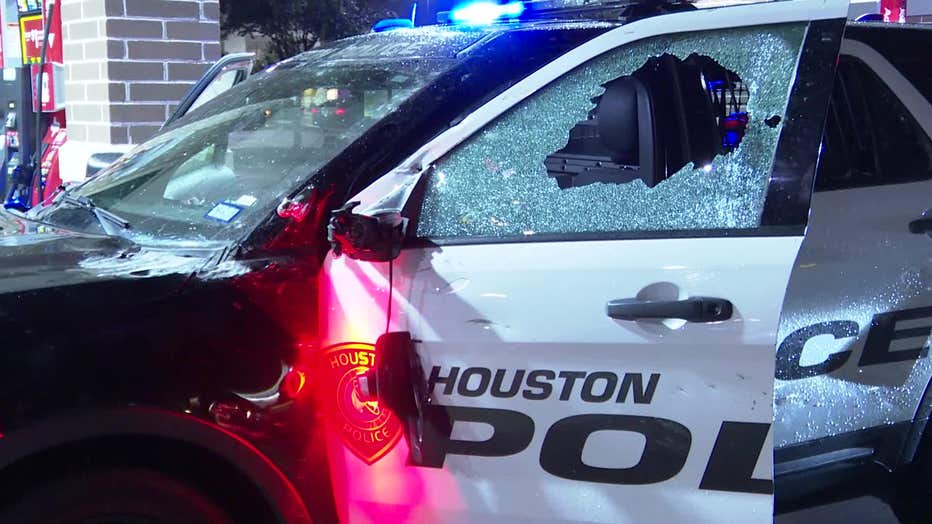 The debris broke windows on the patrol vehicle and caused damage, but the officers were fortunate to not have serious injuries, police say.

Concrete was reportedly scattered across the roadway and diesel spilled. TxDOT said crews were still working at the scene as of 8:40 a.m.