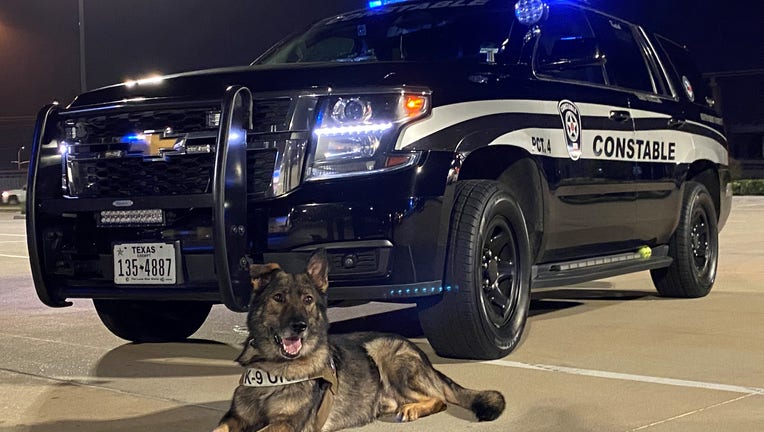 MONTGOMERY CO., Texas - Multiple pounds of heroin are off southeast Texas thanks to a Montgomery County K9!

According to Montgomery County Pct. 4 Constable's Office, a deputy pulled over a pickup truck for a routine traffic stop on 59 near FM 1314 Thursday evening.

During the investigation, the deputy, who was also a K9 handler, decided to bring out K9 officer Kodiak to inspect the vehicle.

K9 Kodiak, who has been with the department since 2019, alerted the deputy to a suspicious box in the bed of the truck.

Inside the box was an auto part that needed to be sawed open, so that's when the Porter Fire Department was called to the scene. 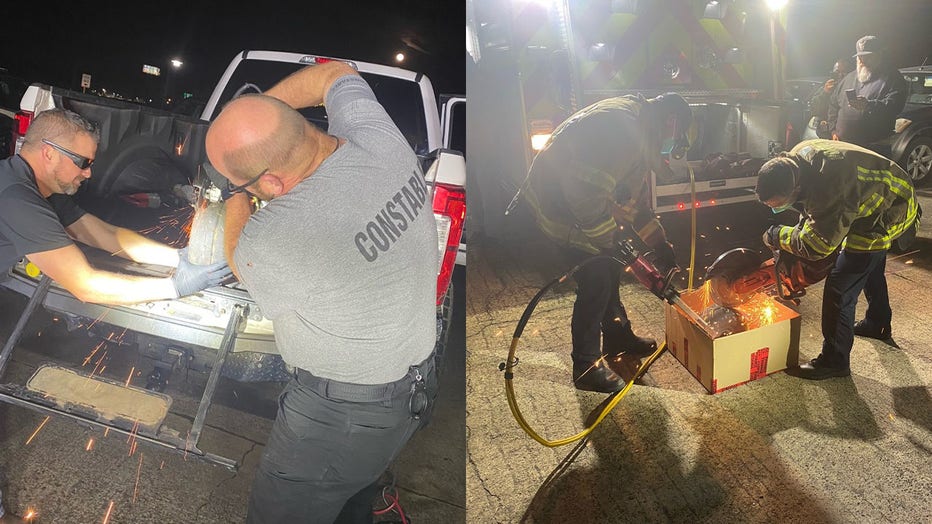 Firefighters arrived with power tools to open the transmission part.

Once opened, investigators found more than 5 pounds of heroin stuffed inside. 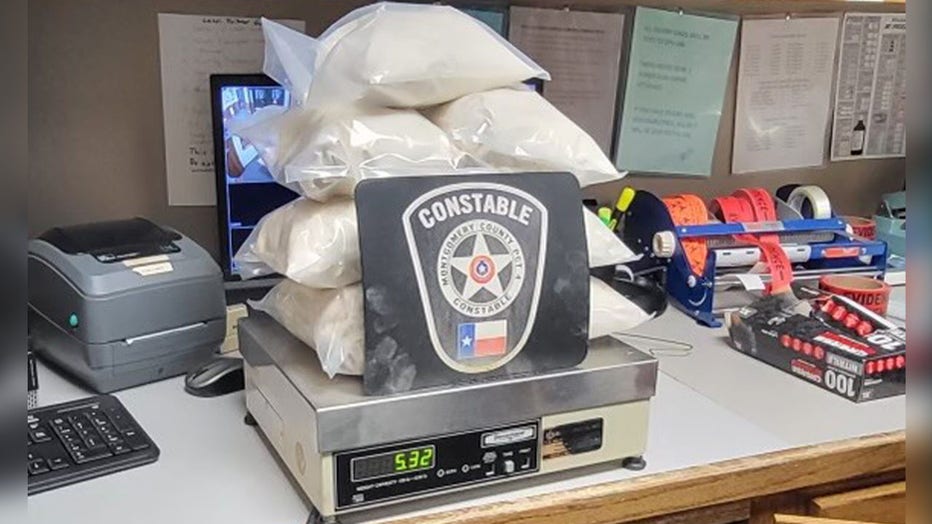 Deputies confiscated more than 5 pounds of heroin during traffic stop thanks to K9 Kodiak.

Deputies arrested the driver, identified as Sabas Garrito, and took him into custody.

Garrito, who's described as a non-citizen in his mid-20s, has been charged with Manufacture and Delivery of a Controlled Substance.