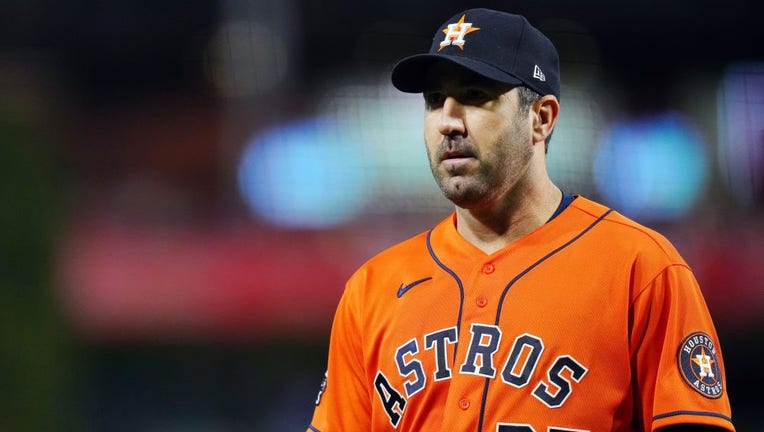 PHILADELPHIA, PA - NOVEMBER 03: Justin Verlander #35 of the Houston Astros looks on in the second inning during Game 5 of the 2022 World Series between the Houston Astros and the Philadelphia Phillies at Citizens Bank Park on Thursday, November 3, 20

NEW YORK - Justin Verlander declined a $25 million option with the Houston Astros to become a free agent on Thursday, five days after helping the team with its second World Series title.

The 39-year-old right-hander likely headed to his third Cy Young Award got his first World Series win in nine starts in Game 5 against Philadelphia. The day before that happened, he said it was too early to think about his future.

"Really and truly it’s been a hell of a ride no matter what happens, whether I stay or don’t," he said. "I’ve really enjoyed my time with this group of guys and the city and getting to know the city."

Verlander was among four players who became free agents Thursday, raising the total to 165.

Verlander played for Detroit from 2005 until he was traded to the Astros in August 2017. He agreed to a $66 million contract covering 2020 and 2021, then hurt his elbow and needed Tommy John surgery.

"I really did enjoy kind of just talking with some teams and just kind of like hearing their philosophies and getting to talk about my philosophies with pitching and just talk baseball," he said. "I didn’t get the traditional come into the city and get all the pizzazz because it was a short timeframe."