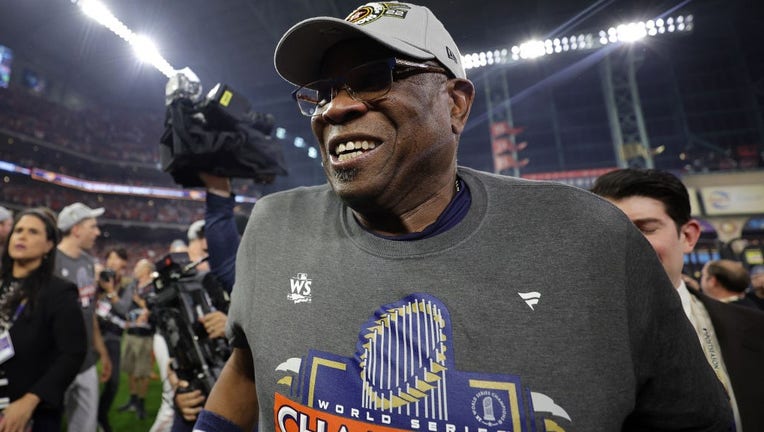 HOUSTON - Dusty Baker will be returning to manage the Houston Astros for the 2023 season.

Astros owner and chairman Jim Crane announced Wednesday that the Astros signed Baker to a one-year contract, but additional terms of the deal were not disclosed.

Just a day ago, Baker had told FOX 26 Sports that he would be returning, saying, ""I’ll be back, but we’re working on it. It’s as simple as that."

Baker, 73, won his first title in his 25th season as a major league manager Saturday night when the Astros beat Philadelphia in six games.

He became the oldest manager to win a World Series in his third trip as a manager to the Fall Classic. As a player he went three times with the Dodgers, winning it all in 1981.

He entered Saturday’s game as the winningest manager without a World Series title and improved to 2,094-1,790 with this most memorable victory.