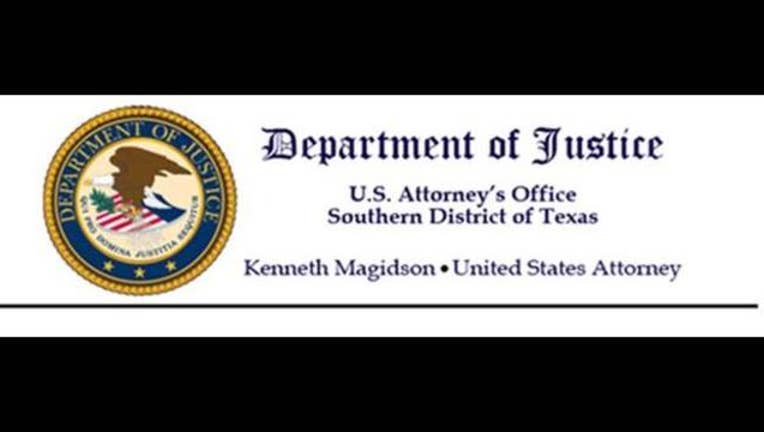 houston - Two men have been convicted on all federal counts as charged, to include the violent robberies of mobile phone stores and related firearms charges, announced U.S. Attorney Kenneth Magidson. The federal jury convicted Clarence Buck, 33, of Humble, and Kendall Allen, 24, of New Orleans, on all 14 and 11 counts, respectively, following an eight-day trial and approximately six hours of deliberation.

Over the course of the trial, the government presented 19 witnesses and 96 evidentiary exhibits, which included surveillance videos, photos, cell phone tower analysis as well as specific firearms believed used in the crimes and items of jewelry and cell phones stolen in the crimes.

According to the prosecution, on at least three occasions in November 2012, Buck assembled various crews to rob T-Mobile stores, stealing approximately 750 phones with a total approximate value of nearly $350,000. He also assembled a crew to rob the Houston Bargain Center which resulted in losses of approximately $500,000. After each robbery, Buck would sell the phones and other items and distribute the proceeds among the crews.

The first occurred on Nov. 2, 2012, when Buck assembled a crew to rob the location at 10961 North Freeway. Buck conducted surveillance outside, while three others entered the store. Allen and Deandre White were carrying handguns as they herded customers and store employees into a back room at gun point. A total of 314 phones were stolen. White, 23, of Houston, previously pleaded guilty in a related case and was sentenced to a term of federal imprisonment of 188 months.

Four days later, on Nov. 6, 2012, Buck assembled a crew to rob the T-Mobile store located at 5819 Gulf Freeway. Buck again conducted surveillance, while White and Allen executed the robbery. Allen carried an AR-15 assault rifle, while White carried handgun. Customers and employees were forced into a back room at gun point, while 282 phones were taken.

On Nov. 13, 2012, Buck and a crew he had assembled targeted the T-Mobile store located at 2902 North Shepard. Allen and White again entered the store armed with handguns, while Buck was outside conducting surveillance. During the course of this robbery, testimony revealed Allen exited the store and assaulted a customer outside, wrestled him to the ground and attempted to drag him into the store. Customers and store employees were again held at gun point while they stole 149 phones.

Then on Nov. 23, 2012, Buck assembled another crew and targeted the Houston Bargain Center located at 10022 Homestead Road. Buck was outside, while nine masked men, including Allen - armed with an AR-15 assault rifle - entered the store and forced employees and customers to the ground. The robbers broke more than 15 glass display cases with hammers and removed the jewelry inside of them. The owners of the stores that were robbed reported a loss of more than $500,000. A search warrant was executed Nov. 28, 2012, at Buck's residence in Humble which resulted in the recovery of a number of the items of jewelry stolen, more than $29,000 in cash and the AR-15 rifle used by Allen in the robbery.

The jury also heard that Buck was initially charged in state court, but posted bond. Authorities observed Buck as he assembled a crew that later committed a robbery of the T-Mobile store located at 8498 Sam Houston Parkway. He was arrested again July 24, 2013.

Buck's defense attempted to convince the jury that he was not involved in the robberies or gun offenses. He claimed he only acted as a fence hired by others to sell the stolen property. Allen also tried to tried to tell the jury he was not involved. They were unconvinced and found both men guilty as charged.

As a result, these men face incredible sentences. For the conspiracy and aiding and abetting the robberies, the possible sentence is up to 20 years in federal prison. Buck also faces up to 10 years for being a felon in possession. Upon the first aiding and abetting firearms conviction, both men face a mandatory seven years which must be served consecutively to any other prison term imposed. Moreover, for each subsequent firearms conviction, they must serve 25 years in prison, each of which must be served consecutively to each other, to the first firearms conviction and to the underlying robbery charge. In short, the minimum sentence Buck and Allen face is 132 and 107 years in federal prison, respectively.

U.S. District Judge David Hittner presided over the trial and has set sentencing for Nov. 24, 2015, at 2:00 p.m. They will remain in custody pending that hearing.

Several others have previously pleaded guilty for their respective roles in the robbery conspiracy. Those include Michael George, 34, Russell Parker, 42, Shelton Watterson, 29, Danny Moore, 49, Son-Tanna Hewitt, 29, and Donald Holmes, 46, all of Houston; and Zeeshan Yasin, 24, and Rafey Khan, 25, of Karachi, Pakistan, but who resided in Houston.

The charges are the result of an investigation conducted by the Bureau of Alcohol, Tobacco, Firearms and Explosives, Houston Police Department, the U.S. Marshals Service and the Harris County Sheriff's Office. Assistant U.S. Attorneys Richard D. Hanes and Jennie Basile are prosecuting the case.